Readers by now would be aware that Salman Khan has ventured into television production in a huge way and his ongoing show The Kapil Sharma Show is also getting a good response. In earlier reports, it was being said that Salman will also be producing the popular dance reality show Nach Baliye which enters its ninth season. Reports speculated that the superstar is contemplating of roping in ex couples for Nach Baliye 9 but later, it has been learnt that there has been change of plans. Moreover, the show will also kick off in a grand manner with Ranveer Singh and Deepika Padukone as chief guests. 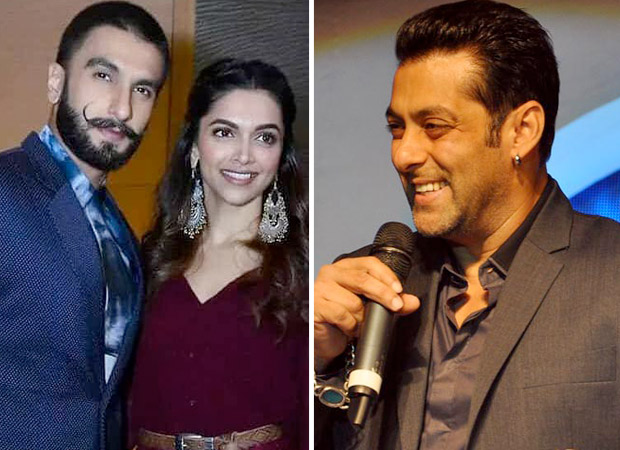 For the uninitiated, Nach Baliye is a popular dance reality show that portrays the chemistry of real life couples from the Indian entertainment industry along with them showcasing their dancing skills. Many popular actors and even comedians and other celebrities have come on the show with their respective partners. Considering that it’s a couple show, we hear that the makers are keen on having Bollywood’s most beloved couple Deepika Padukone and Ranveer Singh on board. And if reports are to be believed, the channel authorities are already in talks with the couple.

Recent reports suggest that the shoot for the first episode of Nach Baliye 9 is expected to kick off in mid-July. The channel authorities are keeping their fingers crossed to have Ranveer Singh and Deepika Padukone as the first celebrities guests on the show but reportedly, their appearance together will depend on the shoot schedule of ‘83. Readers would be aware that Deepika Padukone has joined her husband and director Kabir Khan for the shoot schedule of ‘83 in London as she plays the role of Ranveer’s wife in the movie. Only if the schedule permits, will the two actors be able to fly down for the shoot of Nach Baliye 9.

Interestingly, Salman Khan too is expected to join the couple for the first episode of the show and will be hosting a portion of this episode!