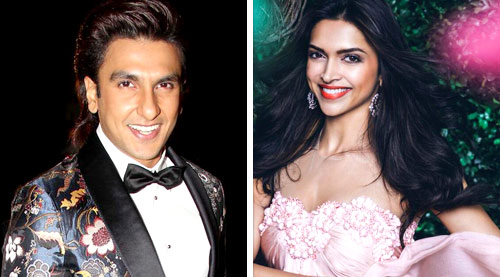 Preparations are on in full swing, the stage is being set, the logistics being put together and the final call all set to be made. Bajirao Mastani, the most ambitious film ever by Sanjay Leela Bhansali, is seeing a good ground being put together well in advance before Ranveer Singh and Deepika Padukone come together to face the camera again for the filmmaker.

"A lot has is required as a part of the film's pre-production, more so since this is Bhansali's first ever period film," informs an insider, "Though Devdas too went back in time, Bajirao Mastani is set in the 1700s. Right from the props to the costumes to the locations to the overall decor - everything has to be put together with utmost care and perfection. Yes, it has all been there on paper since Bhansali has been nurturing this dream of bringing the love story between Peshwa Bajirao and his second wife Mastani on screen for quite some time. Still, it is a new journey altogether when the filming is all set to begin."

Meanwhile Ranveer and Deepika are pretty much aware of the fact that a lot awaits them once they hit the sets for Bhansali. Though both have experienced the director's fixation for perfection in Ram Leela as well, expectations are set that it is going to be a lot of hard work for them with this film in particular.

Ram Leela too was opulent with elaborate action and dance sequences. Still, it was set in contemporary times which means there were moments where Ranveer and Deepika could be themselves. That won't be the case with Bajirao Mastani. Just like Hrithik Roshan and Aishwarya Rai transformed themselves totally for Ashutosh Gowariker's Jodhaa Akbar, even Ranveer-Deepika would have to let go off their modern day mannerisms. It is a period film that they are stepping in and for that, it would be an altogether new form of action, dance and expressions for them."

Post Jodhaa Akbar, the only other film which took a period route was Salman Khan's Veer and that too wasn't a love story per se. Now the trade is buzzing with the fact that Bajirao Mastani would be set as a magnum opus no less and Eros, which is reuniting with Sanjay Leela Bhansali again after Ram Leela, is adopting a holds-no-bar approach to set the film as big as it can.

"Guess Ranveer and Deepika can well enjoy their vacation of sorts, what with their current under-production films Tamasha and Dil Dhadakne Do allowing them to chill out," quips a common associate, "It is of course not going to be as chilled out an atmosphere in Bajirao Mastani which would be much more demanding from them as an actor as well as a professional."

Well, considering the fact that the film has already bagged the biggest festival release of Christmas next year, expectations are bound to be huge.