The trailer of the much-anticipated Sanjay Leela Bhansali's film Gangubai Kathiawadi starring Alia Bhatt in the titular role was unveiled today. The trailer looks quite promising and has been getting quite positive reviews from the audience. 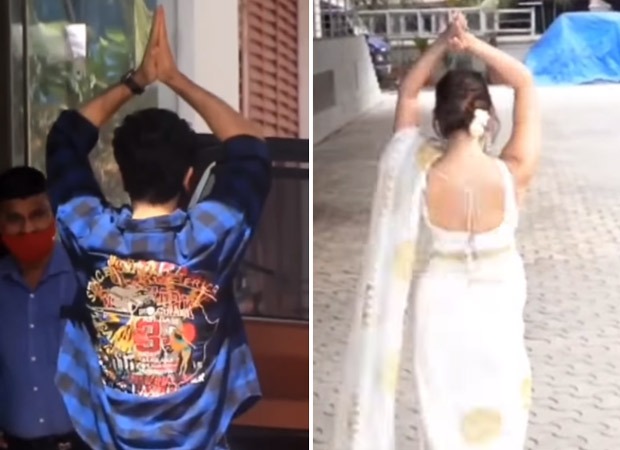 Now, Alia's boyfriend and actor Ranbir Kapoor too ended up reviewing the trailer for paps. On Friday, Ranbir stepped out for a meeting at the T-Series office and there he was quizzed by the paparazzi about Alia's new trailer.

Reacting to it, Ranbir let his actions speak louder than his words. The hunk turned his back to the cameras and recreated Alia's iconic 'Namaste' pose from the film. After this, the shutterbugs could be heard hooting and cheering Ranbir before he waved them goodbye and walked into the office.

Gangubai Kathiawadi marks Alia’s maiden collaboration with director Sanjay Leela Bhansali. The film is based on the life of Gangubai Kothewali, a young girl sold into prostitution by her suitor Ramnik Lal, which has been adapted from Hussain Zaidi’s book Mafia Queens of Mumbai. The trailer traces the journey of her initial years as a prostitute in Kamathipura, her rise as an influential personality in the area and her rivalries.