Rakul Preet Singh will be seen in a fun role in the forthcoming Akiv Ali comedy De De Pyaar De. While she is paired opposite Ajay Devgn, the film also stars Tabu as the parallel lead. Sources have it that the actress underwent extreme makeover for her role in the film which not only included shedding weight but also taking some bartending lessons for her role. 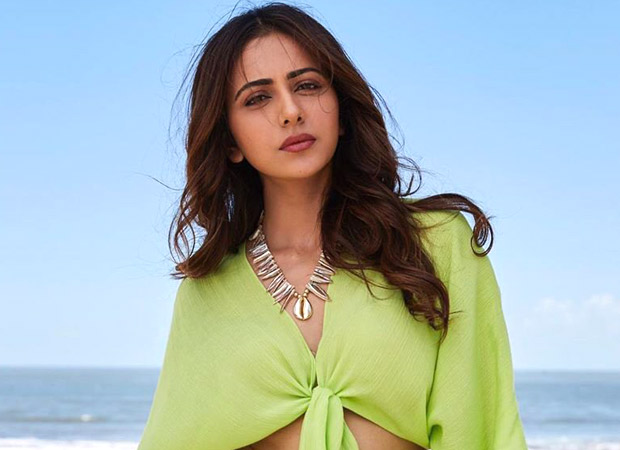 Speaking about her role in De De Pyaar De, Rakul Preet has not only shed a whopping 8 kilos to portray the bubbly 26-year-old Ayesha in the film, but she also underwent proper training in bartending because the role in the film needed her to know the nuances of it. Shedding some light on her prep, Rakul said, “I attended the bartending workshop for about a week as it was needed to learn for the role, and it was a lot of fun. I learnt how to use the shakers, mix drinks, hold the mixers in the right way, serve in the right way, hold the glasses, flip glasses and all of that. The experience was great. I would also cut my finger once in a while during the process. I wanted to be comfortable with the body language, so that it doesn't look awkward while enacting it.”

Talking further about the challenges, she added, “I think the most challenging aspect was flipping the glass- like the way bartenders do it, but then I learned it. I do have butterfingers and it got slippery in the first 2 glasses, but now I think I’ve got pretty steady hands.”

De De Pyaar De explores the relationship between an older man and a younger woman and is helmed by Akiv Ali. The film also stars Ajay Devgn and Tabu in lead roles and is produced by Bhushan Kumar, Krishan Kumar, Luv Ranjan and Ankur Garg, and is poised to release on May 17, 2019.