With Sanjay Dutt biopic being one of the most anticipated movies of the year, its teaser trailer launch was no doubt filled with revelations. From the title Sanju to its prep, anecdotes, scoops and some fun banter were exchanged between the team of the film and the media. Amidst all of it, let us tell you that this is the first time where Rajkumar Hirani directed a full-fledged film with Ranbir Kapoor. Amidst the many intriguing elements of the Sanju teaser launch, there were also many references made to one of the most popular characters of Sanjay Dutt, Munnabhai, on more than one occasion. 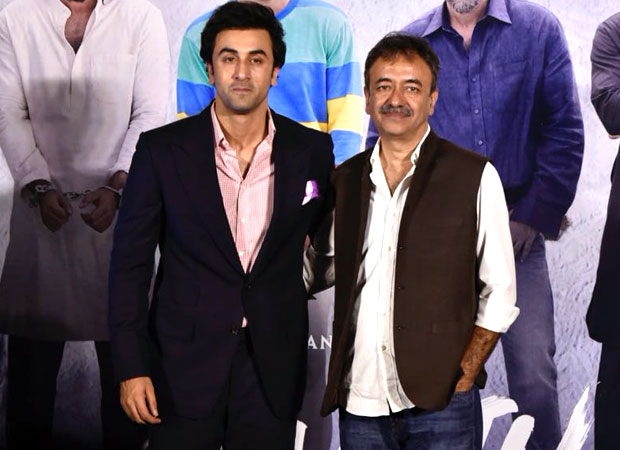 When Ranbir Kapoor described the different phases of Sanjay Dutt that he has played on screen, he confessed that he had the most fun whilst playing the Munnabhai phase. On the other hand, there was an interesting incident shared by Rajkumar Hirani. The filmmaker reminisced about the time he showed a scene of the film to Sanjay Dutt. He had apparently showed a scene to Sanjay where Ranbir Kapoor was playing Munnabhai. But Sanjay’s non reaction to the video left Hirani confused. But it was only later he realized that Sanju was indeed baffled with the talent of Ranbir.

Rajkumar Hirani, during the trailer launch, spoke about it saying, “Film mein ek scene hai where Ranbir plays Munnabhai. It is an important part of the film, since I worked for the first time with Sanjay as a director in that film.. Maine bade excitement mein Sanju ko sab scenes dikhaya aur muje laga Sanju react karega and will say 'arre... achha lag raha hai." Sanju ne isse dekha aur react hi nahi kiya. So ek aur baar main unko dikhaya saying ‘phir se dekho’! Again he saw, again he didn't react. I was like, kya hua, you didn't like it, and he was like this is not good news for me and burst into laughter. Of course, he said it jokingly.”

Furthermore, this incident led to another question during the trailer launch when one of the journalists asked if Ranbir Kapoor is a contender for Munnabhai. We all know that Rajkumar Hirani is quite keen on taking the Munnabhai franchise forward. While speculations on the third instalment are doing the rounds, details of the film are still in the finalizing stage. So the media was quite curious to know if Ranbir is planning to take over the franchise from Sanjay Dutt who has been a part of the two installments of the Munnabhai series.

Sanju teaser hit the tube today and it has already garnered enough curiousity. The film also stars Paresh Rawal, Manisha Koirala, Sonam Kapoor, Dia Mirza in lead roles and it is slated to release on June 29.