In 2018, Bobby Deol made an impressive comeback with the movie Race 3 starring Salman Khan. The actor underwent a massive physical transformation for the film and grabbed eyeballs for his role in the film. In an exclusive chat with Bollywood Hungama, Bobby Deol revealed how Salman Khan helped him during the bad phase of his career. 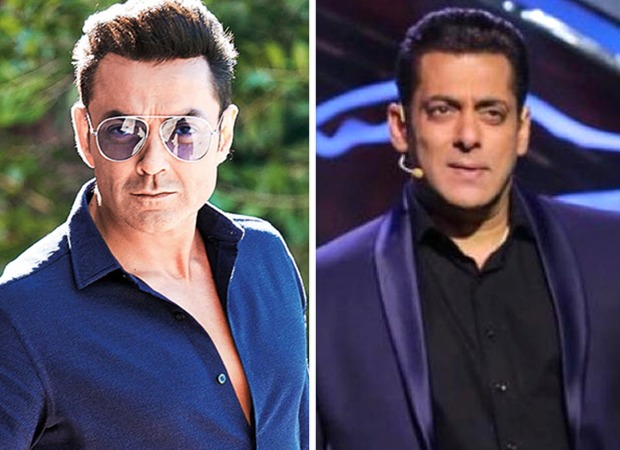 “Race 3 became a turning point in my life,” says Bobby Deol revealing how Salman Khan helped him during his bad time

Talking about the time when Salman Khan helped him get back on track and offered him Race 3, Bobby said, “When I kept thanking Salman Khan, I said thank you so much for giving me this opportunity. He says, ‘No Bobby, I needed you, that's why I took you’. I mean he is such a big hearted guy. Even then when he gave me this opportunity, he still said that I needed you, that is why I took you for this project.”

“I met him years back and he used to look at me. Those days I had grown a beard for a project, but the project never happened. We used to play CCL (Celebrity Cricket League) and he was the Mascot. He came for one or two games and he used to say ‘what are you doing’. I call him Mamu lovingly and I said, ‘Mamu what to do. I am trying to make a project. He said that remove the beard. He said that ‘when my times were bad, I climbed on to your brother's back, I climbed on to Sanjay Dutt's back and I moved my career forward’. So I said ‘let me climb on to your back, give me an opportunity’. And this was two or three years back and he remembered. He is someone who always remembered. He also saw I am changing myself. I started training, I was trying to be fit and then when he called me to convert my body in just 3-4 months, it can't happen unless you have been working out . When he told me , I pushed myself even further,” he added.

“And being in a Salman Khan film, the world sees the film. The audience, the reach of his films. I was lucky because a new generation got to see me, Bobby Deol, as an actor. It helped my career forward, so I was obviously grateful to Salman. Race 3 became a turning point in my life,” he further said.

ALSO READ: EXCLUSIVE: Bobby Deol reveals how Barsaat underwent several script changes and why Shekhar Kapur had to drop out as the director