Last Updated 19.10.2021 | 11:53 AM IST
feedback language
follow us on
Bollywood Hungama » News » Bollywood Features News » EXCLUSIVE: Bobby Deol reveals how Barsaat underwent several script changes and why Shekhar Kapur had to drop out as the director

It was the year 1995 when Bobby Deol and Twinkle Khanna made their debut with the romantic action film Barsaat. Today, the film completed 25 years. Barsaat was a story about a village boy who falls in love with a rich man's daughter and the challenges that they face in their union. 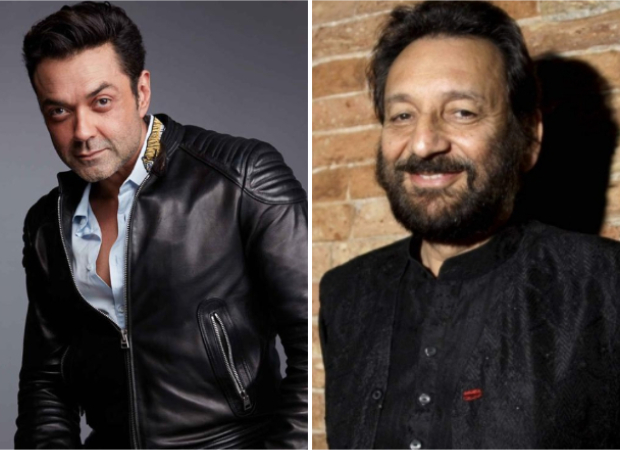 Bobby Deol virtually spoke to Bollywood Hungama about the film and how script changes it underwent. “When I starting to shoot Barsaat, I was learning horse riding; the script was changing so I was learning action. Those days, horse-riding scenes were in every other film. Then, in one script I was a runner so I would go to Priyadarshani ground to train under National Team’s coach,” he said.

Bobby Deol further revealed, “Again, the script changed after two months in which I was a drummer. So, I went to Mohammed Ali Road especially to buy a drum set. Aadesh Srivastava, who is no more, he would come to teach me drumming those days. I would tell him that it is difficult because it is not easy to play instruments. Then the script changed again and this time, I was a juggler. I had to juggle; I started learning it with three balls. The moment I reached the phase where I was juggling with four balls, I learnt the script had changed again. This kept happening and there was a lot of excitement.”

The film was supposed to be directed by Mr. India director Shekhar Kapur. But, due to his Hollywood project, he eventually had to let go of Barsaat. “I used to visit Shekhar Kapur’s office daily to understand the script and there was a lot of excitement. When the film began, Shekhar got an offer from Hollywood for Bandit Queen. We had already done 27 days of shooting. In those days, to get an offer from Hollywood was a big deal for an Indian director. It was a big decision. My father said ‘I know you have an important offer from Hollywood but my son’s career is also very important to me. You do what you want but I will have to go ahead with another filmmaker.’ That is how Rajkumar Santoshi came into the picture. He used to say that ‘I should also get an opportunity as Bobby and Twinkle Khanna are doing a film together. My prayers were answered by god and I got the film’.”

Speaking of working with Rajkumar Santoshi, Bobby added, “It was a great experience to work with Raj who had made Ghayal. Someone like him was going to make a romantic film who had only done films high on dialogues, drama before. His dialogues would get popular. I also got a chance to do it in Barsaat. At that time, I wore sunglasses in a purple colour that had become quite popular.”

Since the project went to Santoshi, the script once again had to undergo several changes. Bobby Deol admitted it was frustrating since the film took 2 years to make. “It was frustrating. I was like ‘why is this happening?’ I had become such good friends with Shekhar Kapur after spending so much time with him. I would ask him ‘Why don’t you shoot the film?’ But, he had a bigger opportunity. But, it was destiny! That’s why it took so long otherwise my film would have been released in 1993 but because of all these things that happened, it was released in 1995.”

Produced by Dharmendra and Sunny Deol's home banner Vijayta Films and directed by Rajkumar Santoshi. In fact, both Bobby and Twinkle had bagged the Filmfare Best Debut Awards the following year.

ALSO READ: EXCLUSIVE: “It’s not been a perfect journey but it’s been a wonderful journey” – says Bobby Deol on completing 25 years with Barsaat