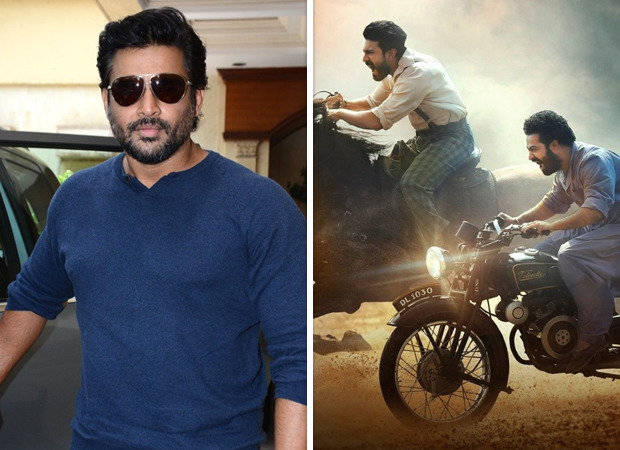 “I can’t get over this video… it’s simply extraordinary ordinary.” He continued, saying, “I’m envious of the friendship between @tarak9999 and @AlwaysRamCharan. I’m imploding with envy. I’m so proud of both of you—HATS OFF!", posted Madhavan on Twitter.

#NaatuNaatu song https://t.co/66uwRR6W0c via @YouTube —I can get over this video.. it’s simply extraordinary ordinary. The camaraderie between @tarak9999 and @AlwaysRamCharan makes me sooo Jealous . I am imploding with https://t.co/Z6UWRxq7Fo proud of you both-HATS OFF ❤️❤️❤️

The producers of RRR were quick to respond, sincerely thanking Madhavan for his kind and edgy wishes, “Thank you Maddy Sir!."

“You folks are going to tear it apart and redefine movie collections in India," R Madhavan responded to RRR’s official Twitter account, implying that the film is destined to be a blockbuster. RRR’s creators enthusiastically responded, “We are geared up and just waiting for the right moment to blast sir! Hope we overcome the theatre issues in the nation very very very soon!”

‘Naatu Naatu’ song has taken internet by storm as fans are imitating the hook steps. Featuring Jr NTR and Ram Charan, the foot-tapping number is sung by Rahul Sipligunj and Kaala Bhairava. With lyrics by Chandrabose, ‘Naatu Naatu’ is choreography by Prem Rakshith.

On January 1, the RRR’s release date was postponed due to the closure of theatres in many states across the country. Formerly, the film was scheduled to be released on January 7. The creators recently took to social media to reveal an official statement, which stated, “Despite our relentless efforts, some situations are beyond our control. As many Indian states are closing theatres, we are left with no choice but to ask you to hold on to your excitement. We promised to bring back The Glory of Indian Cinema, and at the right time, WE WILL.”

RRR is a fiction based summary of the lives of freedom fighters Komaram Bheem and Alluri Seetharama Raju, played by Jr NTR and Ram Charan, respectively, and is set in pre-independence India. The film, directed by SS Rajamouli, also stars Alia Bhatt and Ajay Devgn.

Whereas, Madhavan featured in the recently released show Decoupled. Decoupled is directed by Manu Joseph and stars Surveen Chawla and Apara Jariwala.

Also Read: R. Madhavan compares his character in Decoupled to himself