Actress Anya Singh has time and again impressed everyone with her acting skills ever since her debut in Qaidi Band. Anya will now be seen in the web series Kaun Banegi Shikharwati in which she has shared screen space with the magnificent actor Naseeruddin Shah. Naseeruddin plays a former king, who has a dysfunctional family. He devises an outlandish plan to unite his estranged daughters in the show that drops today. 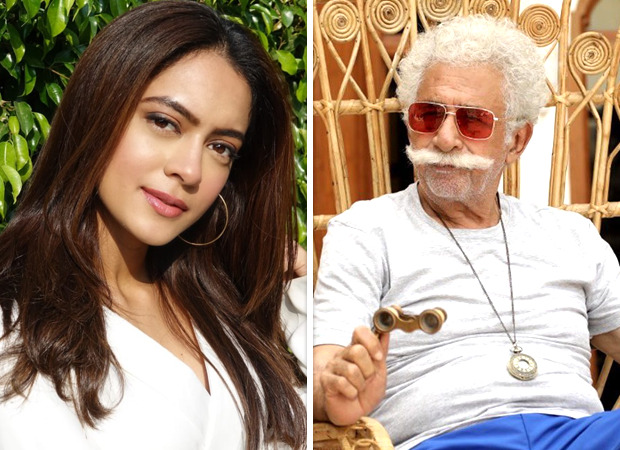 Anya says, “How many people get to say they’ve played table tennis with Naseer sir? I was extremely fortunate to get to share screen space with someone as legendary as Naseer sir. He is someone I’m sure most actors would have on their wish list to work alongside and to get that opportunity to not only be able to work with him but also sit and have conversations and spend time with him, I felt very lucky.”

She adds, “I remember I was the last one to join the cast of KBS. On my second day of the shoot, I had a scene between Naseer sir and me and I remember I was extremely nervous to a point that I just didn't want to leave my room. When I met him he and I discussed the scene and we had a whole conversation. The most beautiful part of working with him was that he treated me as an equal as opposed to someone who is so young and inexperienced. To give someone like me that respect and involving me in a conversation during our ideation made it very easy for us to move forward and do the scene.”

Anya further states, “I remember so clearly there was a certain way I thought my character should react and he suggested that I do something else and I did go ahead with it, and that fit in really well. I enjoyed doing the scene. After the scene was over he turned around and told me 'Little One' (that's what he would call me) today you have learned that you have a voice because I had to scream at him in that particular scene and I didn't want to do so but he felt I should.”

Anya says working with someone like Naseeruddin Shah enriched her as an artiste. She says, “Collaborating with him involved so much learning. He is so nuanced even if he has to give an expression he can give you various kinds of that one emotion which is so interesting to watch.”

She adds, “He took to us as well because at the trailer launch he said I have fallen in love with all of them a little bit which was such a nice thing to hear but to be able to work and spend time with him in itself was such an enriching experience and fun at the same time because he was just so normal at all times and had the most interesting stories to share.”

ALSO READ:  “My scene with Naseer Sir was one of the most special scenes I have done in my career,” says Lara Dutta on working with Naseeruddin Shah on Kaun Banegi Shikharwati