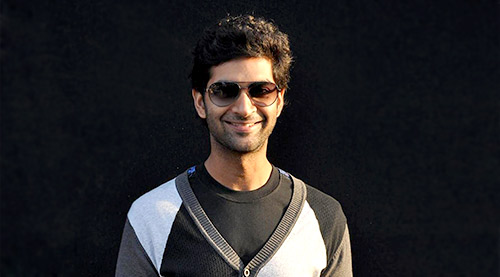 Purab Kohli, who after having started off with a sensational debut on TV ages back with the show 'Hip Hip Hurray', graduated to the silver screen. He was last seen in the smash hit film Airlift. He will soon be seen rocking again in Rock On 2! , the much awaited sequel to the cult film Rock On! .

Satish Sundaresan of Bollywood Hungama caught up with Purab Kohli for an exclusive interview on the eve of his birthday, wherein he spoke all about his personal and professional life and his birthday plans. Read on:

To start with, how does it feel to have reached the 37th year of your life?

I definitely feel wiser but still missing my wisdom teeth. Physically, I do not feel 37 at all, though, but often I'm reminded of it when my directors ask me to colour my salt and pepper beard (laughs). Like this morning, when I was shooting for an ad-film".

If you were to sum up your entire journey till date, how will you describe it?

It's been a roller-coaster with some ups and downs. I am beginning to understand and enjoy these fluctuations now. Earlier, I would be reactive and more than often make some terrible decisions, but, now I'm learning to stay calm and surf the wave for what it is.

If there's one thing that you could change in your life so far, what will that be?

Vijay Anand (the great director and my father's uncle) tried very hard to nurture me when I started acting in 'Hip Hip Hurray'. I shied away from that opportunity as I did not really want to be an actor then. I was only doing it to earn some pocket money and because someone was paying me to have fun over weekends. I regret not having spent that time with him now. What a goldmine of talent I had access to and I did not dig into it when I was given the opportunity. I wish I was more serious about an acting career when I was 18.

Do you have any regrets in life so far in life?

Airlift has been such a remarkable film in your life. Needless to say that you must have been floored with compliments. Which has been the best / heartfelt compliment and by whom?

My coconut man asked me yesterday what line of work I was in! I've been going to him for 3 years now and he had no idea I was an actor. Surprised, when I told him, he asked which film had I acted in. I asked if he had seen Airlift. He dropped the coconut from his hand and said "Aap Ibrahim bhai hain??" No one expected me to pull off Ibrahim and now people recognize me as the character. I take that as a complement to an actor.

Tell us something about Rock On 2!

I can't. It's too early in the day. Here's a little something on the film...It has Farhan, Arjun and me (laughs heartily).

Besides Rock On 2! , you play an integral part in the second season of American TV series Sense 8. Can you please tell our readers a little something about your role?

I play the role of Rajan Rasal, who is a heir to a large fortune. His love for Kala (Tina Desai) is pure and earnest. He sees everything as a positive sign when it concerns his relationship with Kala. He finds the good side to everything. It's quite an unreal dreamy kind of character if you ask me. But he exists in Sense 8.

Tell us something about Lucy, the 'BEST'-half of your life.

I hope you can meet her someday and feel the light that Lucy emits. All I'll tell you is that she lets me express my deepest self to the fullest. I've never enjoyed being myself more than when I'm with her.

Now, a bit something on your child Inaya. What does the name mean and whose idea was it to name the same.

The name 'Inaya' comes from 'Inayat', which means providence, protection from God.

What does fatherhood mean to you now?

Inaya is here to teach me and I'm eager to learn.

And also, how has fatherhood changed you as a person?

There's an internal drive that's been activated. A drive to provide and live for beyond myself. I don't think anything else can make you feel like this besides becoming a parent.

Lastly, how do you plan to celebrate your birthday?

With my family in London.