Betty White turned 98 on Friday and her The Proposal co-stars Sandra Bullock and Ryan Reynolds had a special message for her. The actors came together in a video and sang a hilarious rendition of "Happy Birthday." 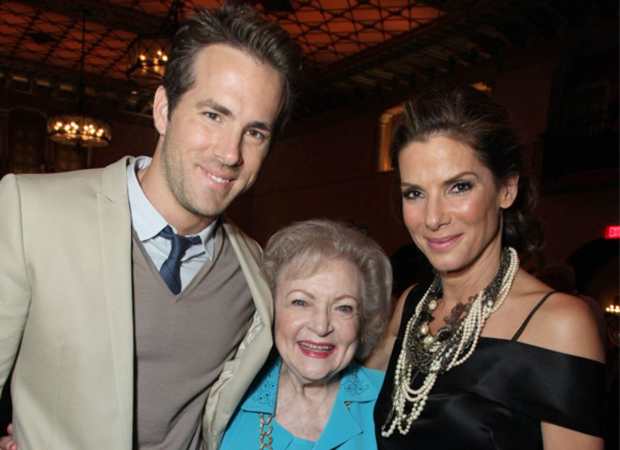 Well, it was a classic battle of who loves Betty White more. In the video, Ryan starts by singing, "Happy Birthday, dear Betty," as Sandra chimes in and says,  "From Sandy, who loves you more than Ryan." Ryan further says, "From Ryan, who loves you so much more than Sandy."

Ryan quickly hits back at Sandra while saying, "What does Sandy do for you every year? I mean, does she, like, hand-deliver flowers for you and wear nothing but black socks and a dozen gold bracelets, just like you requested? Doubt it."

They end the video by wishing Betty White as Golden Girls theme song 'Thank You For Being A Friend' plays in the background.

Betty White played Ryan Reynolds' grandmother in The Proposal and Sandra Bullock played his boss-turned-love interest. The film released back in 2009.

Happy 98th Birthday to the one and only Betty White! #XCVIII ????

ALSO READ: Ryan Reynolds and Hugh Jackman bring back their feud with Christmas Day sweater in these photos