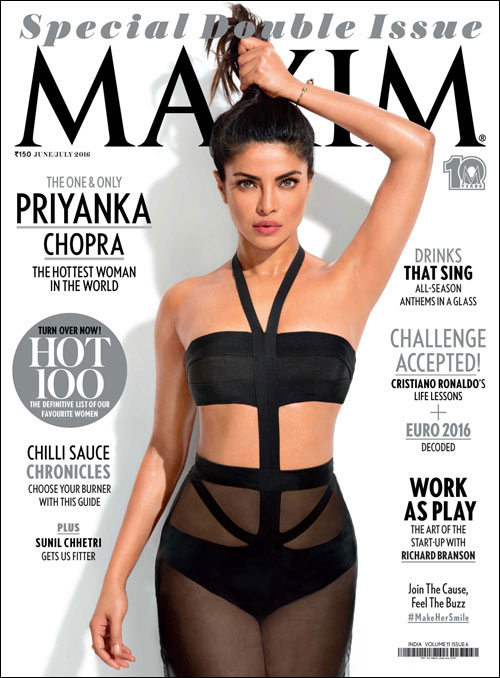 Popular men's magazine Maxim that usually tends to set temperatures soaring each month with one sizzling cover after the next has done it yet again. This time though we are not talking about the cover but instead about the poll the magazine recently hosted that listed the Top 100 Hottest Women. Not surprisingly it is none other than Priyanka Chopra who topped the poll for the third time in a row this year.

Tweeting about the same on the magazine's official handle they added, "@priyankachopra the hottest woman in the world slaying on our June/July cover. #PCTopsMaximHot100 #PriyankaChopra". Responding to the same Priyanka too took to twitter saying, "Thank u @MaximIndia .. Here's my new cover!! #MaximHot100". But the highlight of the next issue of the magazine will be Priyanka herself who features on the cover.