The Jonas Brothers and their wives will once again come together for the 80s inspired music video, 'What A Man Gotta Do'. This is their first outing since their comeback title track 'Sucker' from Happiness Begins album. 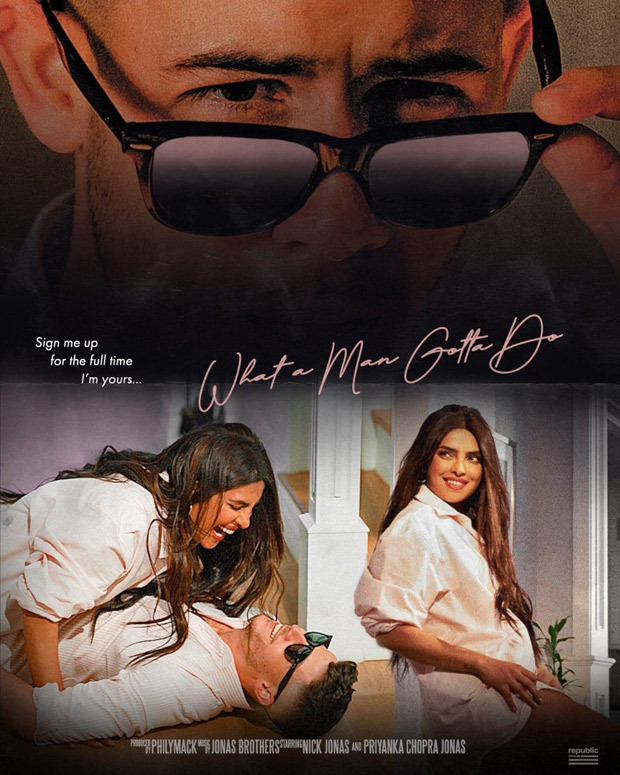 Nick Jonas unveiled the poster hinting at what can be expected from the upcoming music video which is inspired by many 1980s movies. Priyanka Chopra and Nick Jonas' part is inspired by Tom Cruise's Risky Business while Kevin Jonas and Danielle Jonas' scene was from John Cusack's Say Anything.

Sharing smiles and cuddles in the poster, Nick captioned the poster, "She's Risky and I'm the Business ???? #WhatAManGottaDoVideo."