The true-global power couple Priyanka Chopra and Nick Jonas are enjoying their new phase of parenthood. While both celebrities are quite busy with their respective ventures, Nick Jonas recently was a part of the Jimmy Fallon Show. The singer-actor appeared alone on the show, whereas his wife is busy with shoot schedules and endorsement commitment. During the show, Nick was seen having a gala time and even discussed about him being a ‘popcorn man’. Amidst the same, he also showcased his go-to dance move at Bollywood parties that he attends with wife Priyanka. 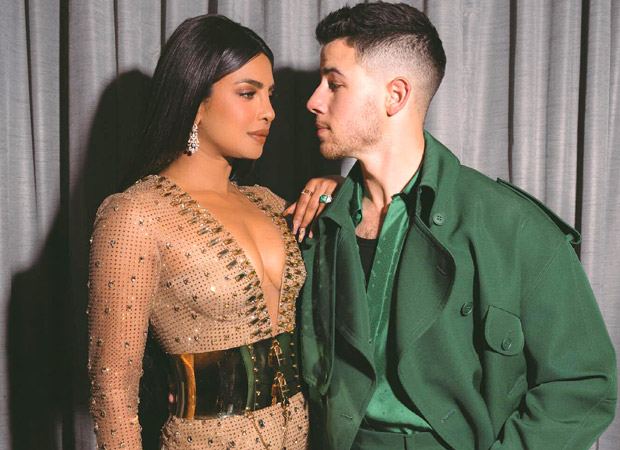 In the show, he was discussing about being the judge of Dancing With Myself, Nick Jonas revealed that he and Priyanka Chopra often listen to Bollywood music. He showcased off his dance move adding that its his comfort zone and that it works in any situation. When Priyanka came across this video, she was thrilled with her husband’s response and took to her Instagram story to share the bit adding, “Oh, he knows…” 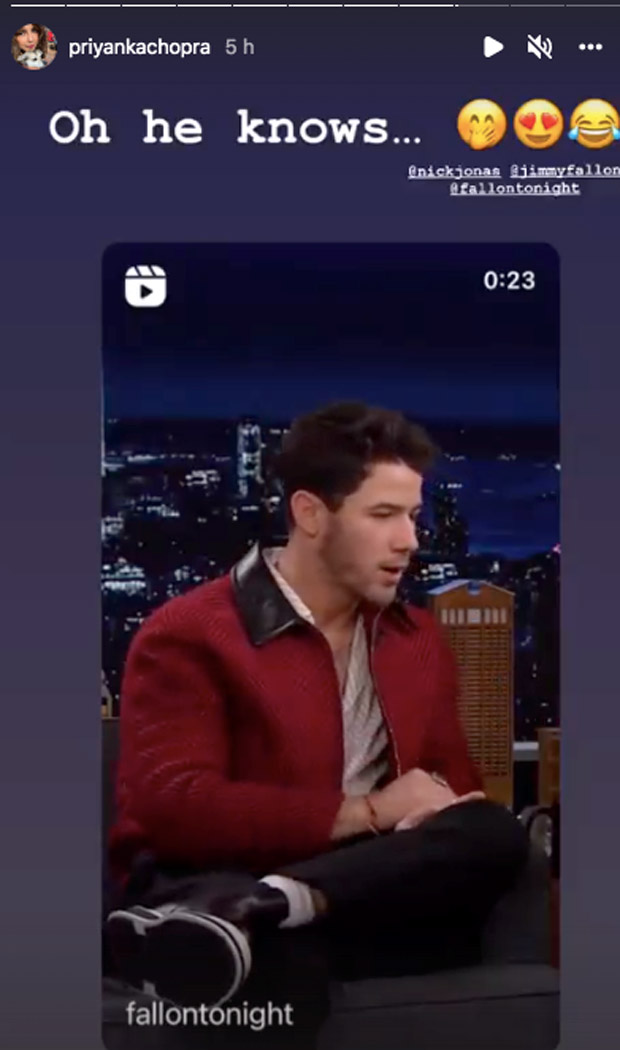 In the Jimmy Fallon Show, Nick Jonas spoke about his show Dancing With Myself where he described it as a show about dancing at parties and weddings more than a serious dance competition. When Jimmy Fallon asked him about what does he do when he goes to a party or wedding, he answered, “You know my wife Priyanka is Indian, so we dance to a lot of Bollywood music. I find that the easiest to dance to because you do this move all the time. No matter, where I am sitting or standing, it works. It’s a comfort zone and you can keep your drink in the hand too,” he added. Needless to say he also made Jimmy try out those steps.

Coming to Priyanka Chopra, the actress is currently in Paris attending the launch event of Bulgari with Hollywood actress Anne Hathaway and BLACKPINK Lisa.

Also Read: Nick Jonas on becoming a father – “I’m so grateful for Malti Marie and the wonderful perspective of being a parent”