In addition to her amazing acting chops, the global newsmaker of our times, Priyanka Chopra has a way with words, charm, wit and all things snazzy. Priyanka goes on to prove a point with her personal style that has only attained new highs and her recent #OOTN has us firmly wrapped around her finger. Reprising her role of Alex Parrish in Quantico 3, Priyanka was in Ireland for a few weeks and wrapped up the shoot before heading to London. Out and about in London, Priyanka Chopra doled out an #OOTN looking nothing less than natty in neutral. The Desi Girl keeps the fashion pundits and lovers alike on tenterhooks and awed as she effortlessly flits from looking chic, glamorous to edgy with equal aplomb. Red carpets are her thang! But acing the street style vibe is quickly becoming her thing too as the recent months have seen Priyanka school us slowly but steadily in winter fashion and now summer style! Her recent shenanigans have been meticulously styled by supermodel sisters Gigi and Bella Hadid's fashion stylist, Mimi Cutrell. #LivingTheAmericanDream,  if 2017 saw Priyanka carve a niche with her flamboyant styles at Golden Globe Awards 2017, Oscars 2017, People’s Choice Awards 2017, Met Gala 2017, Baywatch promotions then 2018 promises to be another year of her torrid love affair with all things fashionable. 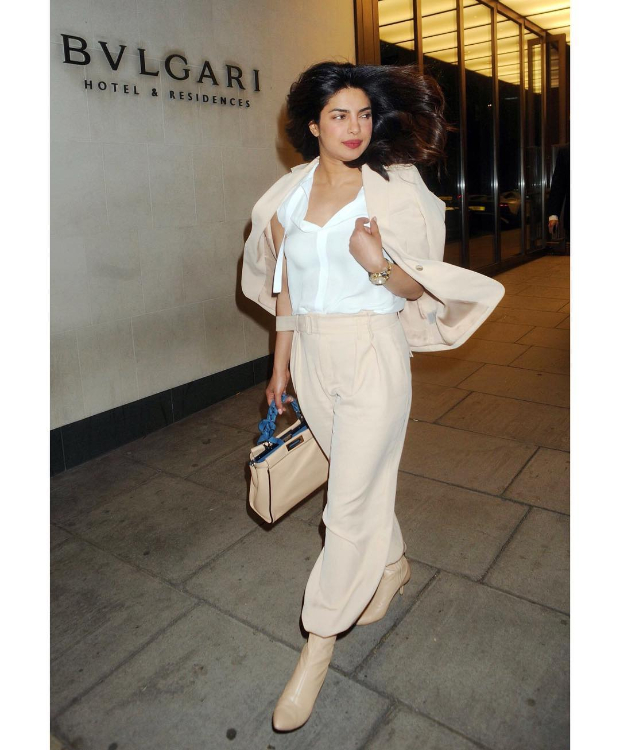 Styled by Mimi Cuttrell, Priyanka teamed beige blazer and pants from Vince with a white shirt and Stuart Weitzman boots.

Also Read: Priyanka Chopra’s rendezvous with PM Modi was nothing short of SPECTACULAR, here’s why 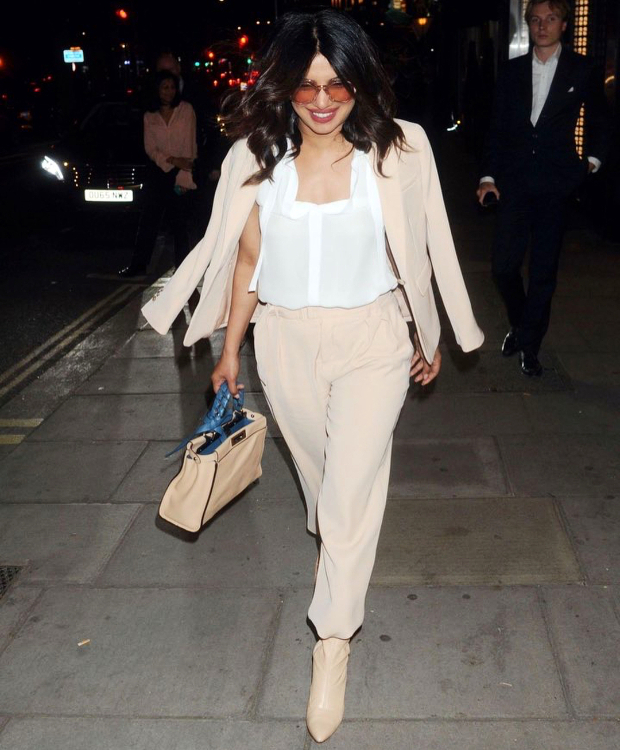 She accessorized her look with a similar coloured Fendi handbag.

Also Read: Fiesty in Fendi and ravishing as always, Priyanka Chopra packs a punch as the May cover girl for Elle Canada! 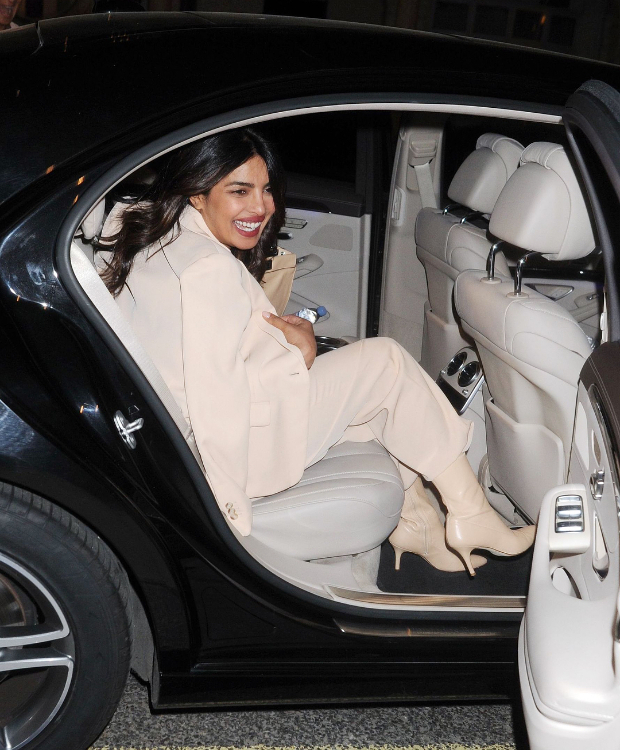 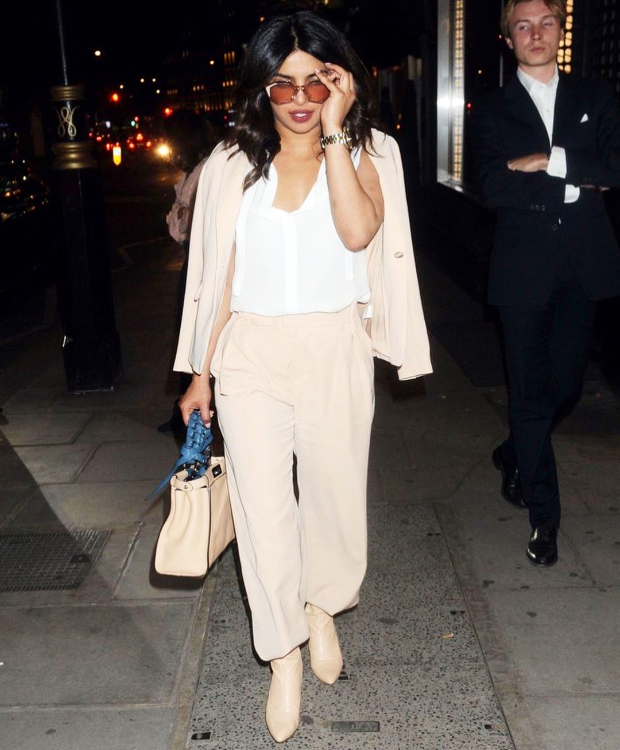 This season, nude tones, neutrals and blush tones are the new black! The much-loved monochrome style seems to be Priyanka Chopra's latest obsession and we aren't complaining a bit! Tone on tone is tricky but garners appreciative glances. Also, neutrals look great on the Indian skin tone, allowing you to exude confidence and elegance.

Also Read: Sigh! How do you do it, girl? Priyanka Chopra looks all kinds of stunning in this photoshoot for Vanity Fair! 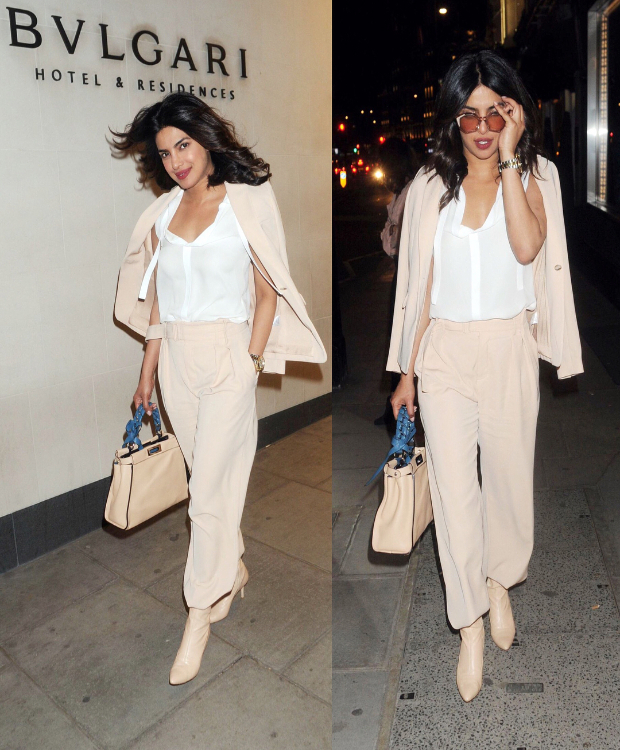 Nibble on neutral this season, just like Priyanka Chopra! Lighten up the mood and indulge in the nude tone-on-tone mode that's soft, romantic and feminine with modern silhouettes, in shades of petal pink, tan and coral. Quantico 3 premieres on April 26, 2018, and will have 13 episodes as opposed to 22 episodes in seasons 1 and 2. She will also be making her much-awaited Bollywood comeback opposite Salman Khan in Ali Abbas Zafar's Bharat.