It's raining weddings already. After the grand wedding of Priyanka Chopra and Nick Jonas in December last year which had the world talking about, another Jonas is married now. Joe Jonas and Game Of Thrones actress Sophie Turner have tied the knot in a private ceremony in Las Vegas. 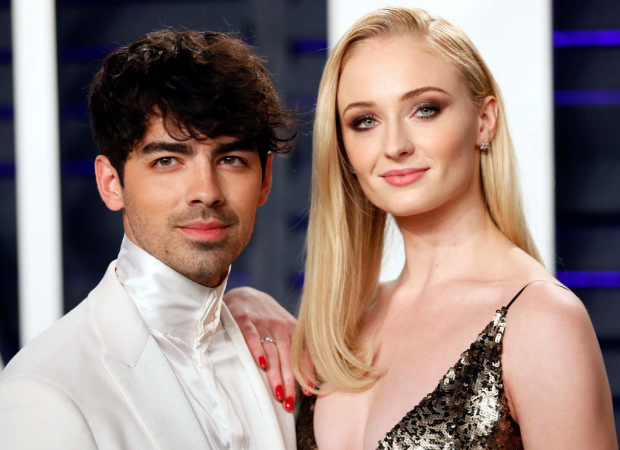 It seems like Joe Jonas and Sophie Turner along with their family and close friends hit up the local wedding chapel where they tied the knot. DJ Diplo shared a couple of Instagram stories in which Sophie is dressed in a white dress with her veil on her head as Joe and his brothers headed to the chapel. "Gonna hit up this wedding real quick," Diplo captioned the clip.

In the next set of videos, Sophie Turner is seen walking down the aisle as the friends cheer for her. Joe and Sophie are later seen reciting their vows. Surrounded by their famous friends like singer Khalid, country stars Dan + Shay who sang 'Speechless', Diplo taking over the DJ booth and Nick and Kevin both by her brother's side, it was a private yet lovely wedding.

Looks like Sophie Turner and Joe Jonas are getting married!! pic.twitter.com/zSW17g5cHC

Just a few hours ago, Priyanka Chopra, Sophie Turner and Kevin Jonas’ wife Danielle Jonas were in attendance and cheering for their men while they performed on 'Sucker’ at Billboard Music Awards 2019.