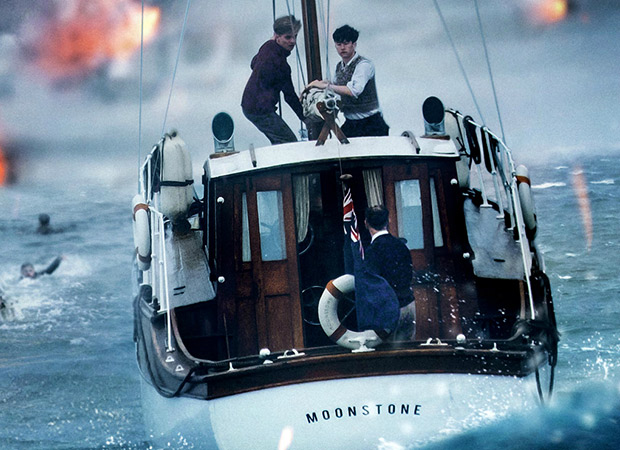 Christopher Nolan’s World War 2 epic Dunkirk comes to India accompanied by glowing international reviews, some of which infer this to be Nolan’s best work to date. And that’s a saying a lot. So what happens to the high-profile Bollywood releases this week, the controversial Lipstick Under My Burkha and the ‘foolproof’ dance-comedy-action Munna Michael?

The power of Dunkirk curbed for Bollywood’s sake…but is an embargo on foreign films the solution?

Both Hindi releases are crucial as the past few months have been extremely cruel to the Indian box office. After last week’s crippling debacle of Jagga Jasoos, the trade is hoping to see a glimmer of light at the end of tunnel with Sabbir Khan’s Munna Michael which pitches the formidable Nawazuddin Siddiqui with Tiger Shroff in a dance razzmatazz.

Films about dance competitions, from Mithun Chakraborty’s Disco Dancer to Varun Dhawan’s ABCD - Any Body Can Dance – 2 seldom fail. The trade is hoping to see the exceptionally incompatible pair of Nawaz and Tiger rock the boxoffice. Tiger already has a proven track-record of hits with director Sabbir Khan.

As for Alankrita Shrivastava’s Lipstick Under My Burkha, the huge amount of controversy and hype over the film’s censorship hassles has given it a certain edge. Also, the titillating content with plenty of promise for heaving thrusting and groaning, ensures a certain curiosity value for the film. Otherwise films with female protagonists at the lead seldom attract large audiences. The makers of the film are so confident of the film that they’ve screened it for the Mumbai critics four days before release. The advance reviews will help.

While the two antithetical films would battle it out with one another, they together must combat the mighty force of Dunkirk. So powerful and imminent is the attack on the Indian releases from this Hollywood biggie that the film has been prevented from being dubbed in Indian languages. Normally a film as highly-anticipated as Dunkirk would have been immediately dubbed into Hindi, Tamil and Telugu as all the potential Hollywood blockbusters including the recent Spider-Man 2: Homecoming and War For The Planet Of The Apes.

An official move is afoot to place a blanket ban on the dubbed versions of Hollywood films so as to prevent their direct boxoffice combat with the indigenous releases. Says a source close to the I&B ministry, “There is indeed a move to stop Hollywood films from being dubbed into Indian languages as many producers see these as a direct threat to their products.”