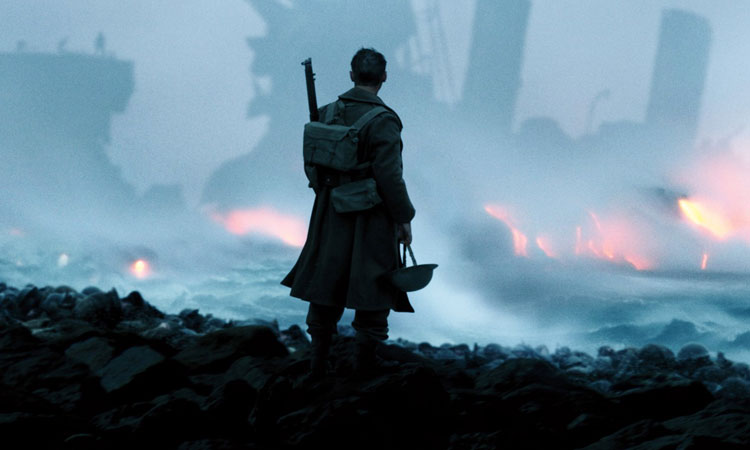 For the past several years, it has become the era of fast paced films and superhero flicks. Then, there comes a filmmaker like Christopher Nolan who has played with his big and outlandish ideas in films like Inception, Prestige and Interstellar. The filmmaker, who has dealt with the space, superhero genre and deepest depths of imagination, has brought one of his passion projects to life which he had dreamt for the longest time.

There have been many war films made in the past including All Quiet on the Western Front, The Wages of Fear, Unstoppable, Greed, Sunrise, The Battle of Algiers, Foreign Correspondent and more. But, Christopher Nolan’s DUNKIRK rehashes some of the brutal memories of World War II.

DUNKIRK is set in the era of 1940s during World War II. Based on the real life events, the film chronicles the evacuation of British soldiers who were cornered on the beaches of Dunkirk (Dunkerque) in France. In late May to early June 1940, nearly 400,00 Allied forces, British and French soldiers were driven to the edge by Germans during the war. The film is shown in three distinct timelines - 'The Mole' which is set over the course of about a week. 'The Sea' tells the story of the soldiers which set over a day and 'The Air' set over a period of one hour. The three different approaches to tell the stories makes it a compelling war drama and one of the best till date.

'The Mole' narrates the story of three young soldiers Tommy (Fionn Whitehead), Alex (Harry Styles) and Gibson (Aneurin Bannard) who try to survive during the brutal attacks on the beaches while they try to get away on the evacuation ships.

'The Sea' tells the tale of a civilian yacht called The Moonstone which is being headed by Mr. Dawson (Mark Rylance) and accompanied by his son Peter (Tom Glynn-Carney) and Peter's friend George (Barry Keoghan) as they head to Dunkirk to help as many soldiers as possible before the Germans kill them.

'The Air' showcases the story of two Royal Airforce Pilots Farrier (Tom Hardy) and Collins (Jack Lowden) as they try to protect the water front from the German planes that keep bombing the ships. 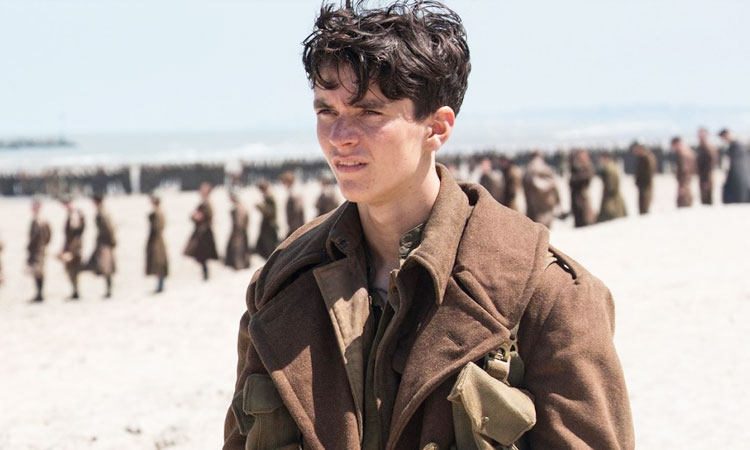 DUNKIRK is less on conversation and more focused on storytelling through everyone's eyes. Newbie Fionn Whitehead who plays Tommy sums up the story of a young soldier trying to survive and reach home. In his very first big role, the 20-year-old actor leaves a mark and is the character one gets attached to. Teenage heartthrob, Harry Styles is making his Hollywood movie debut with this film and does justice to the role of Alex. Tom Hardy is the one air force pilot who, till the last second, makes sure his troops are safe. Academy Award winner Mark Rylance plays Mr. Dawson who brings humanity to this story.

Visually, DUNKIRK is spectacular. It has been filmed entirely in IMAX. The film also features real Spitfires (fighter planes from WW II) and real warships which make the film look even more real. Cinematographer Hoyte Van Hoytema perfectly captures every frame from the dead bodies to raw emotions of the soldiers to the bombings. The ticking sound in the film has been made from Christopher Nolan's pocket watch and synthesized to build up the suspense. Music composer Hans Zimmer’s sound keeps everyone on their toes.

Christopher Nolan, returning after giving blockbuster Interstellar, leaves you spellbound with his astonishing direction. He has beautiful connected the dots and intercuts between the three narratives of the Operation Dynamo which makes it a powerful film.

Overall, DUNKIRK never shows the enemy but cleverly makes everyone root for the soldiers' safe evacuation. It is finely crafted war film which is worth watching on an IMAX or on a 70mm format.