Janhvi Kapoor posts the cutest pictures with her father Boney Kapoor and the pictures from Umang 2020 are proof of that! The father-daughter duo was dressed in their ethnic best as they posed adorable for a few pictures. Looking as gorgeous as ever, Janhvi Kapoor struck a pose but we’re totally missing Khushi Kapoor in the pictures. 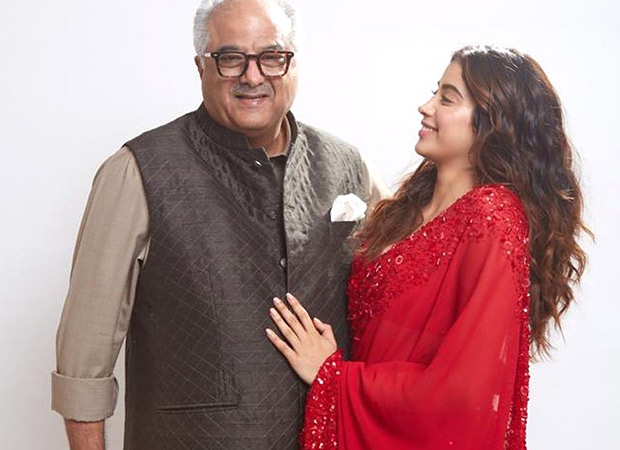 The annual awards night hosted to honour the policemen has a lot of celebrities turning up every year but these pictures have a special place in our hearts. In the first picture, Janhvi Kapoor is looking admirably at her father while in the second picture the duo poses candidly. Take a look at them.

Janhvi Kapoor will next be seen in Dostana 2 and Gunjan Saxena – The Kargil Girl.

Also Read: Janhvi Kapoor reveals she flew a helicopter herself while shooting for The Kargil Girl