Bollywood actor Aamir Khan has been spending the lockdown along with his family. On Tuesday, the actor was spotted outside a pet clinic in Andheri, Mumbai. 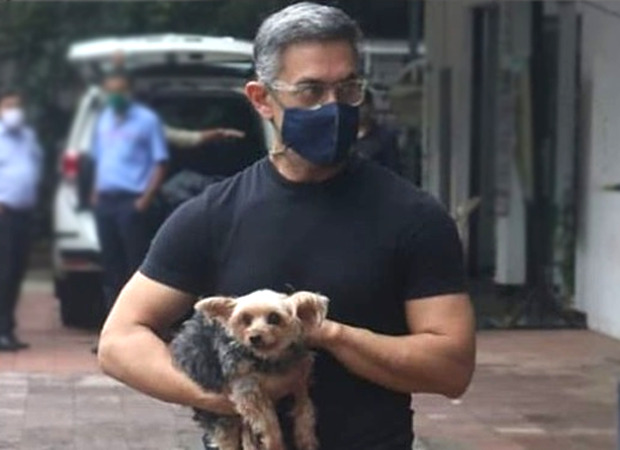 Aamir Khan, dressed in a black T-shirt and grey checkered pants and a mask around his face was holding his furry friend and walking out of the pet clinic. The superstar seems to be embracing his grays during the lockdown and is carrying the new look really well.

Meanwhile, before the lockdown, Khan was shooting for his upcoming film Laal Singh Chaddha. The film was initially supposed to release in December, However, that seems unlikely now since the schedule has gone for a toss. Recently, the actor called off the Ladakh schedule after India - China clash in the Galwan valley. Laal Singh Chaddha is the official remake of the Hollywood classic Forrest Gump that starred Tom Hanks. The film stars Kareena Kapoor Khan and Vijay Sethupathi.