Just a day ago, we saw how Ginni Chatrath blushed when her hubby Kapil Sharma sang ‘O Hansini’ on national television for her. Now, it is not a video but a picture of the couple that is going viral on social media. This picture of Kapil and Ginni was apparently taken in Amsterdam and it is shared by one of their friends on Instagram. 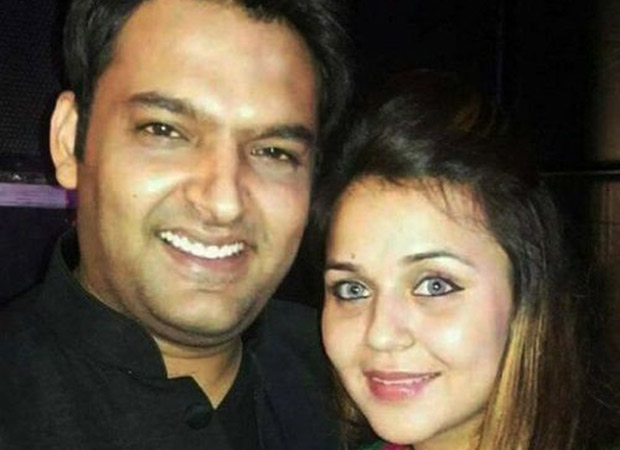 One of the couple’s friends, Gurjot Singh took to Instagram to share this picture of Kapil Sharma and Ginni Chatrath as the two are laughing wholeheartedly during a boat ride in Amsterdam. Interestingly, accompanying them is also actress Richa Chadha. In the post, it seems that Singh turned nostalgic about their Amsterdam trip and even thanked all of them for always being such lovely friends in his life. Here have a look at the post:

After being engaged for a couple of years, Kapil Sharma and Ginni Chatrath decided to tie the knot in December last year. The duo had a lavish Punjabi style wedding in Amritsar and their hometown where the mehendi, sangeet and other wedding functions were held. Besides a reception in Punjab, the couple also hosted another series of receptions for the glamour world including a star studded one in Mumbai in February.

On the work front, Kapil Sharma was embroiled in controversies for the past few years owing to his alleged unprofessional behavior. The comedian turned actor had apologized to the media stating that he was taking treatment for anxiety and alcohol problems. While The Kapil Sharma Show shut down in September 2017 owing to these controversies, the second season kicked off in December 2019. The show has been receiving high TRPs and the comedian has hosted many celebrities since then!

Also Read: Ginni Chatrath reacts to her hubby Kapil Sharma singing the song ‘O Hansini’ on national television and it will make you all mush!