Farhan Akhtar has been going very strong with Shibani Dandekar. Their vacation pictures rock the internet and so do they lovey dovey posts for each other. It is interesting to see how their relationship grew from strength to strength and now the happy couple is all set to tie the knot soon and we have all the details. In a recent interview which had Farhan Akhtar and Bhumi Pednekar discussing their films and more, there was a secret surprise planned for Farhan where he was asked by his lady love herself when they want to get married to which he said, “I don't know it maybe April or April be 'May'.” Shibani directly asked him, “When are we getting married.” Now Farhan couldn’t help but blush on camera and well, revealed so much about his personal life for the first time. 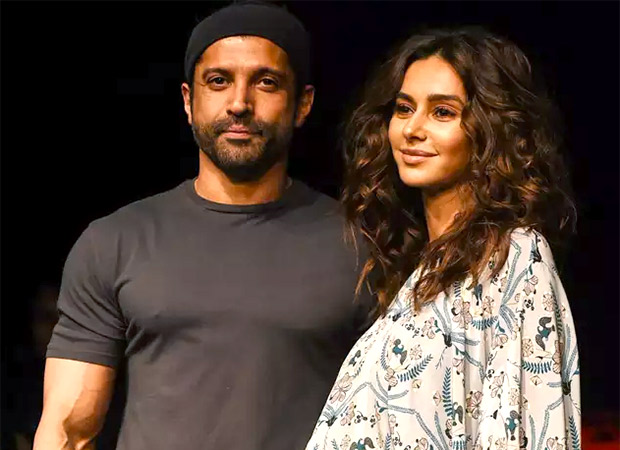 Farhan and Shibani have been going strong since a long while now. Though they made have their relationship Instagram official and attend all big event together, they have never CONFESSED to their relationship or future plans until now. Following the trend of major Bollywood celebrities, they will get married in a beautiful, quite a ceremony soon. We wish them a very happy married life.

Farhan was once married to Adhuna Akhtar before getting a divorce from her about a couple of years ago. His name was linked with Shraddha Kapoor before Shibani Dandekar. On the work front, he will be seen with Priyanka Chopra and Zaira Wasim in The Sky Is Pink.

Also Read: Lovebirds Farhan Akhtar and Shibani Dandekar soak in the sun on his birthday