Janhvi Kapoor and Rajkummar Rao have recently started shooting for their upcoming comedy-horror film, RoohiAfza. The movie was initially titled Rooh Afza, due to copyright issues, the name was recently changed. With Janhvi Kapoor starring in multiple films, we’re not sure which one will be out first, and as for Rajkummar, he will soon be seen in Mental Hai Kya with Kangana Ranaut as the leading lady. 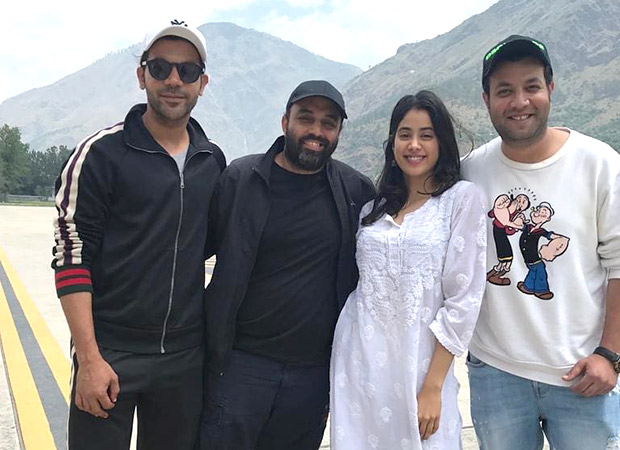 A few pictures of Janhvi Kapoor’s de-glam avatar were leaked online and the fans went berserk over them. Another picture from the sets has been leaked where Janhvi, Rajkummar and Varun Sharma are all smiles as they pose for the camera amidst the mountain clad regions in Manali. The movie is slated to release on March 20, 2020. Take a look at the picture.

Janhvi Kapoor will also star in Gunjan Saxena’s biopic and has already finished the shoot for the same partly. She was also asked to put on a few pounds to fit in the role better. Apart from this, she will also be starring in Karan Johar’s magnum opus period drama, Takht.