Theatres are yet to reopen. Streaming services have become the go-to option for entertainment. Many movies are seeing direct-to-OTT release. With more than 100+ originals, ZEE5 has been curating original content across languages and genres. Original films like Pareeksha and Mee Raqsam in Hindi will premiere on August 6 and August 21 respectively. 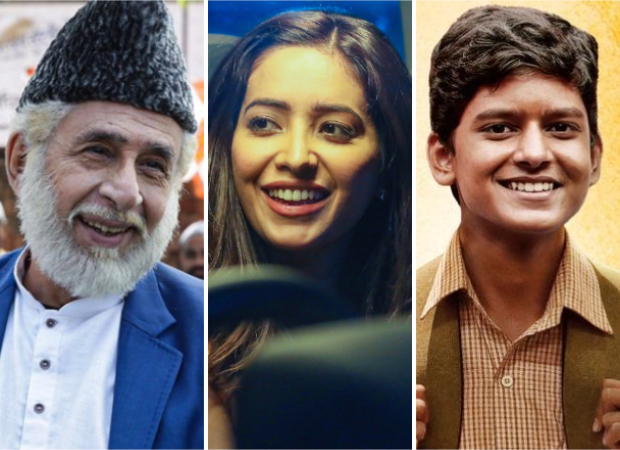 An ode to a father-daughter relationship, Mee Raqsam marks a tribute to Shabana and Baba Azmi’s father Kaifi Azmi Saab whose birth centenary was celebrated this year. 'Mee Raqsam’ which stands for ‘I Dance’; is an emotionally moving and uplifting family drama, based on love, trust, and going for the one dream that the society is against. The narrative of the film revolves around the relationship shared by a father and his teenage daughter. It is the story of a young girl’s aspiration to become a dancer, but coming from a small village like Mijwan, everyone questions her dreams and choices. It's only her father who trusts, supports, and helps her achieve her ultimate dream.

Written, directed, and produced by national award-winning filmmaker, Prakash Jha, Pareeksha - The Final Test; produced by Prakash Jha Productions. Inspired by real events, it will make a sharp comment on the traditional Indian education system. Good quality education which has become the monopoly of the rich remains inaccessible to the masses further dividing our society. Resonating from the real experience of an IPS officer, Shri Abhayanand, who is the former DGP of Bihar, this story gives us a glimpse of hope for the poor who deserve the opportunity.

Abhay is one of the most unpredictable crime thrillers that will feature a gut-wrenching array of villains. The 8-episode series also has an ensemble cast, all of whom are power-packed performers. Joined by Asha Negi and Nidhi Singh opposite Kunal Kemmu. Bidita Bag, Raghav Juval, Indraneil Sengupta, and Asheema Vardhan will be joining them in a never seen before villain avatar. The second season has meticulously paid attention to every character making it one of the most sought out crime thrillers to have launched. The story and narrative of all the villains will hook the audiences to their devices leaving them wanting more.

Danny, Tamil film, released on August 1. LockUp, an Original film in Tamil, will premiere on August 14.

To keep a track of new releases, we have a list of the upcoming movies and TV shows coming up on ZEE5 in August. 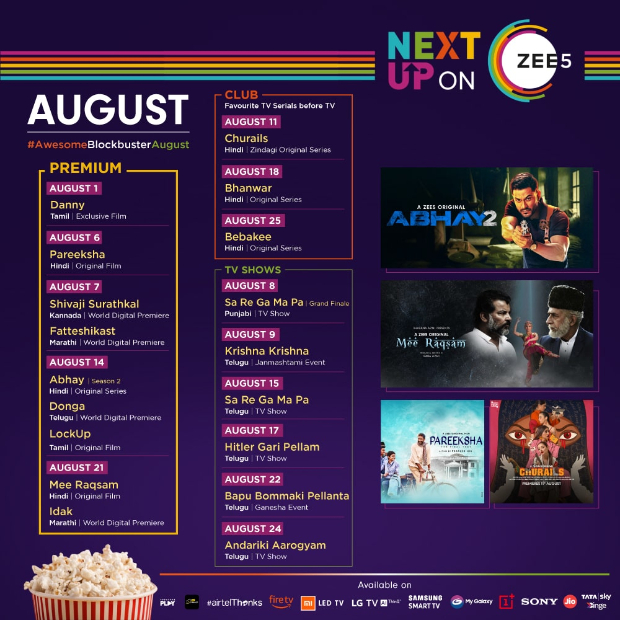