Last Updated 04.02.2023 | 12:34 AM IST
feedback language
follow us on
Bollywood Hungama » News » Bollywood Features News » P1Harmony are main characters in their new world in funky pop music video of ‘Do It Like This’

South Korean pop-group P1Harmony are entering the new year with their third mini-album, Disharmony: Find Out. The album with the title track ‘Do It Like This’ is accompanied by a music video was released on January 3, 2022 at 6 pm KST. 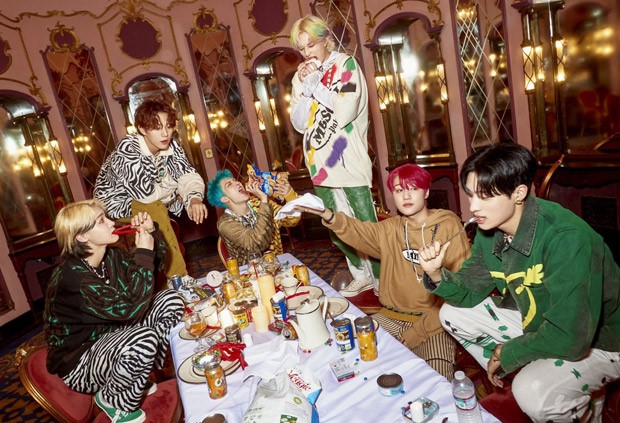 The title track ‘Do It Like This’ is featured by addictive hook. The catchy beat and lyrics convey the message of 'Let's go into a new world without hesitation'. The music video begins with Soul walking towards an empty school bus where rest of the members, are singing pre-chorus – “Do it/ Do it/Do it/Do it like this.” Jiung’s soft strong vocals starting the first verse – “Brace yourself and start/We’ll strike, Are you ready? / We’re different, We’re one of a kind/Don’t control me, Can you hear me?”

The visuals and background follow the high-teen concept mix with 90’s denim on denim skater boy looks along with rock fits. Intak then takes over in all white outfit going forwards with his rap – “Love and p1ece to your neighbors and family/ Don’t smirk, do you think I’m funny? But No no/I’ll do everything to change the world before I die.”

The verse then switches over to the leader, Keeho, showing some moves in bright sunlight, with all members wearing blue. Before cutting to Theo, Keeho is seen sitting in car all charismatic singing – “To the top Whatcha got? Bring it on/It will never go off/Light it up Let it burn like the sun/The light overpowers the darkness.”

Theo sings his verse, sittingon a bus, throwing money. With cars and ATVs with neon headlights in an underground parking, the powerful choreography gives the sassy and dope feel to the track. The chorus makes the track quite attracting – “Come on wake up follow me/Do It Like This Right now, right here/Do It Like This Chant dreams together/Do It Like This Like this/ Gotta Do It Like This.”

Jeongseob’s rap complements the overall track with addictive beat drops and rocking the party in vintage halls background. The boys show a fun side in the last concept teaser as they play around in an empty but ornamental hall. The six-members are then seen running on a road and each putting a crown on their heads in consecutive scene cuts, making themselves the main character of their world.

‘Do It Like This’ also introduces the listeners to their metaverse ‘+WORLD’ that links back to the concept of their debut feature film.The lyrics are written by Han Seong Ho, Intak and Jong Seob.

P1Harmony also released a performance teaser of Do It Like This. The boy group seems to be having a dance battle with the crew The Lab. It showcases the skills and personality of each member. The group’s concepts, ever since their debu,t is one to watch out for as they have opted for intricate sci-fi concepts that have also transferred to the big screen. P1Harmony actually had a proper feature film that also led to the debut of all the members as actors.

P1H: The Beginning of a New World was released in 2020 and used to introduce the boy group to us in the most novel way. Set in a post-apocalyptic world, it also stars popular actors like Jung Hae-in and AOA’s Seolhyun.

P1Harmony got a chance to go on a press junket in the US in the last couple of months and met their international fans in person for the first time. Their previous album Disharmony: Break Out was released in April 2021 and charted high on the Gaon Album Chart, Hanteo and iTunes.