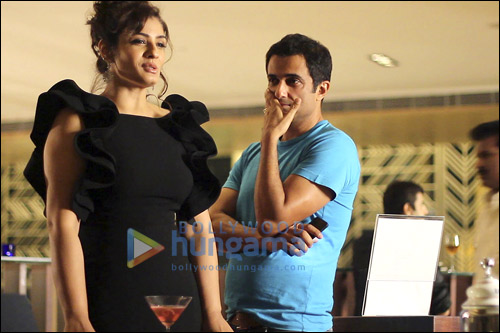 Years ago, in 2001, Raveena Tandon and Sanjay Suri had acted in the Kalpana Lajmi directorial Daman, a film that focused on marital rape. Onir recently revealed that it was during the shoot of this film that he had decided to cast the two of them as leads. Reminiscing those days, Onir says, "The original name of Shab was Kaash. It was the first script I wrote (2001) after I met Sanjay Suri and Raveena Tandon at the sets of Daman in 2000. Finally the film is now happening after 13 years."

Though the script was written for them, the lead cast of the film has been changed since it required a younger star cast. However, Onir is happy that Raveena and Sanjay are still doing the film. He added, "It is perhaps the destiny of the film that Raveena and Sanjay (though in different roles) are doing the film. Sanjay Suri does a cameo as her husband. The roles they were supposed to do are now being played by new comer Ashish Bisht and Bengali actress Arpita Chatterjee."