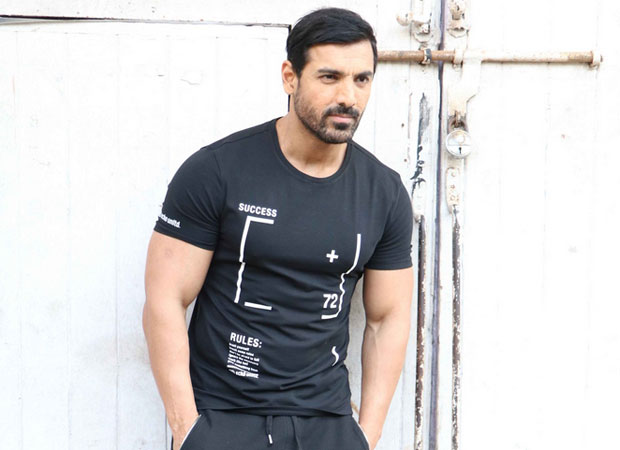 Readers may be aware that John Abraham is all set to return with the much talked about Parmanu after his film Force 2 in 2016. The film, which is based on nuclear test in India, was recently wrapped up and an excited John in a bid to promote the same seems to have gone a tad bit overboard when he enthusiastically took to social media to talk about it.

John Abraham recently took to social media to share a post about a tremor that happened in North Korea and how his film is relevant. He posted, “The 6.3 Magnitude tremor detected at a #NorthKorea test site. That makes my film #parmanuthestoryofpokran even more relevant #NuclearTest.” His post was followed by a massive outrage with the actor not only receiving flak for being insensitive and using social media irresponsibly.

With many sarcastically commenting on the low extent actors can stoop to, to promote their films, some of them even referred the incident to a similar post made by Sidharth Malhotra. The actor who had shared a post where he stated that he hoped people would get to watch his film A Gentleman in Haryana amidst the chaotic situation, had received a similar fate on the social media platform. For the uninitiated, the arrest and imprisonment of self-proclaimed godman Gurmeet Ram Rahim Singh Insaan had triggered violence in certain states including Haryana leading to deaths and injuries. 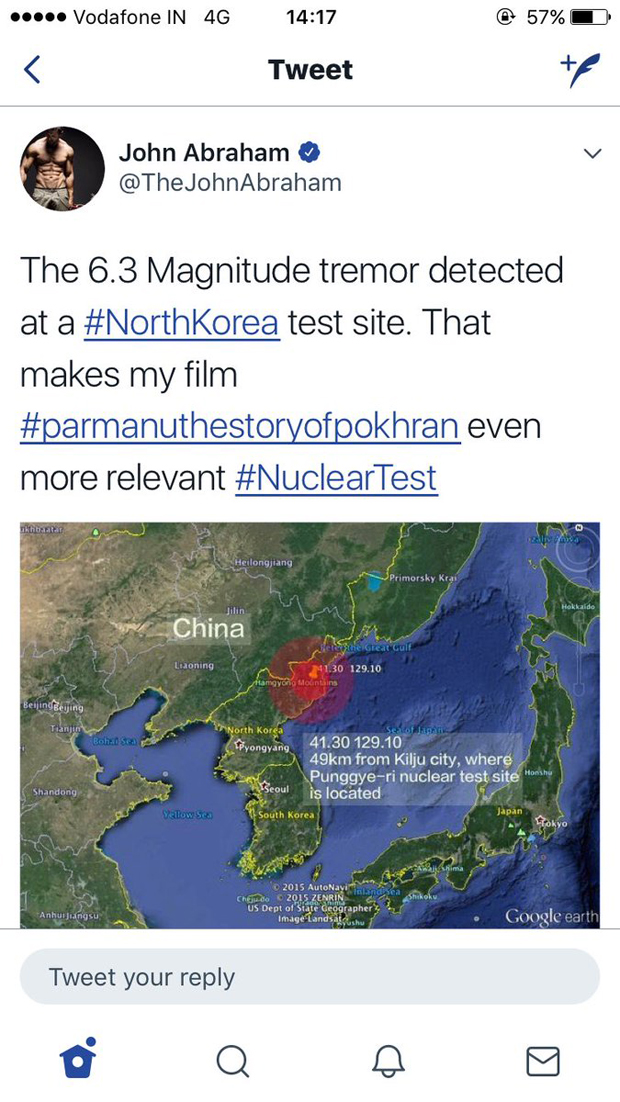 Considering the way public reacted to his post, John Abraham has now taken it off social media and the actor-producer is yet to comment on the incident. However, it seems that many who caught hold of a screenshot of the post continue to share it across platform, as they continue to comment on the same.

The film Parmanu is based on the nuclear test that was conducted in Rajasthan, India after which India went on to become the sixth nuclear power. The film, directed by Abhishek Sharma, also stars Diana Penty and Boman Irani in prominent roles. It is slated to release on December 8.