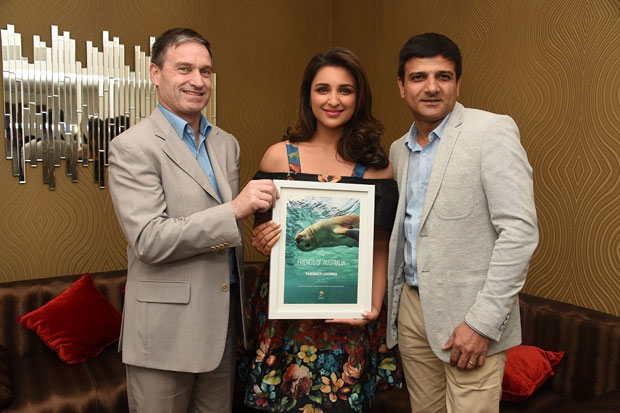 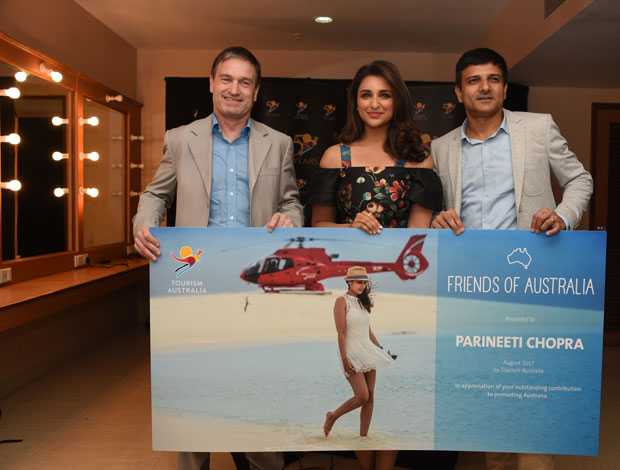 The Friends of Australia program has been devised as a way for Tourism Australia to foster mutually beneficial and long-term friendship with those they regard as unique, positive and influential storytellers. Parineeti Chopra joins fellow Indian Friends of Australia – Chef Sanjeev Kapoor and renowned Cricket Commentator Harsha Bhogle, who have been great advocates for Australia, encouraging Indians to visit Australia.

Parineeti Chopra is all set to explore Australia’s aquatic and coastal experiences, rugged outback, unique wildlife and its incredible variety of world-class food and wine offering. Being a lover of nature and adventure, Parineeti’s trip to Brisbane, Gold Coast and Ayers Rock will see her venturing into exotic and adventurous activities such as whale watching cruise, meet the dolphins, surfing, Sky point adventure climb, helicopter flight over the Ayers Rock (Uluru), Harley Davidson ride, aboriginal experiences, and witness the spectacular ‘Field of Light’ installation in the Red Centre of Australia, among many others. 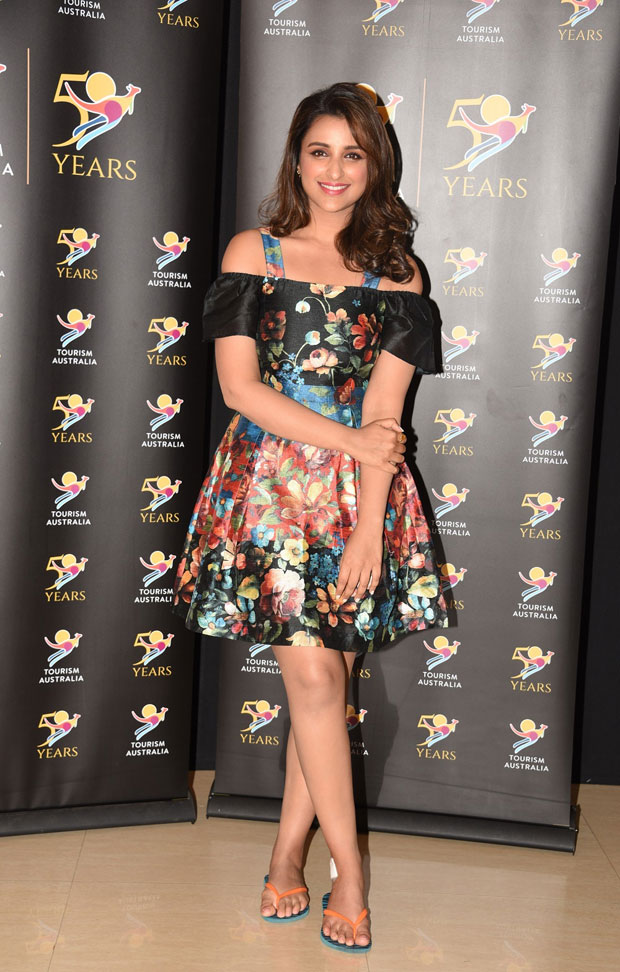 On the appointment of Parineeti Chopra as ‘Friend of Australia’, Mr. Nishant Kashikar, Country Manager – India said, “Advocacy has been the cornerstone of Tourism Australia’s destination marketing and, hence, we are extremely proud to have Parineeti Chopra on board as our Friend of Australia. She is one of the young Bollywood actresses who has contributed significantly to promote Australia as a holiday destination. Through her holidays in Australia, she will be showcasing the best of tourism attractions and experiences thereby encouraging Indians to visit Australia”

Commenting on her appointment as ‘Friend of Australia’, Parineeti Chopra said, “I am extremely delighted today to be appointed as a Friend of Australia since Australia is one of my favourite holiday destination. I had visited the country last year and I feel there is so much more to explore that one trip is not enough. The country has much more to offer and I’m fascinated by its warm and welcoming people, spectacular nature, unique wildlife, world-class food and wine options and smorgasbord of adventure activities. I’m all excited for my next trip to Australia, visiting Brisbane, Gold Coast and Ayers Rock, and would recommend everyone to experience the country once in their lifetime as there’s truly nothing like Australia.”

On the work front, Parineeti Chopra will be next seen in Ajay Devgn starrer Golmaal Again. Directed by Rohit Shetty, the film also stars Arshad Warsi, Tusshar Kapoor, Kunal Khemu, Shreyas Talpade, Neil Nitin Mukesh, Tabu among others. It is scheduled to release on October 20, 2017.

Krishna Shroff gets quarantined in…