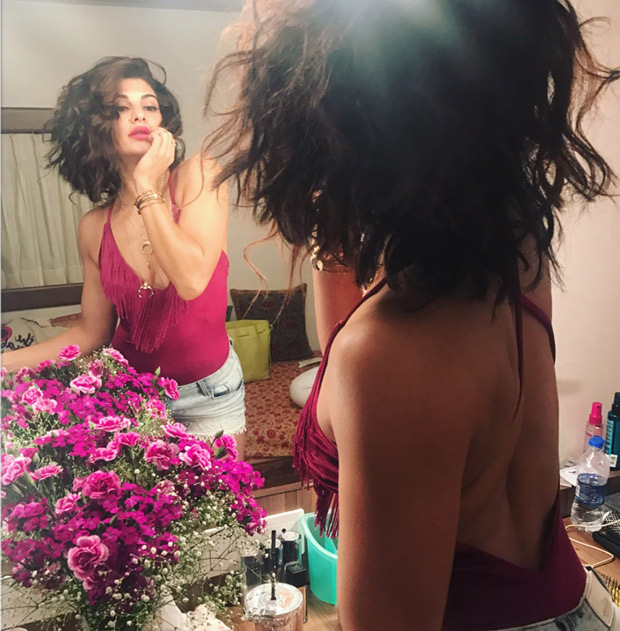 Just a while back Jacqueline Fernandez was making headlines with her posts about learning pole dancing for her soon to release film A Gentleman. Later the actress took to social networking sites sharing images and videos of her training for the art form and from the film itself.

Well, though Jackie, as she is fondly referred to, has been pretty busy promoting her film she hasn’t forgotten to update her fans with constant posts. But her latest post on the social platform Instagram just proves that apart from being the stunner that she is Jacqueline has the ability to pull off literally any attire. Posting images of her look for the promotions of A Gentleman she added, “He said he liked my hair long so I cut it short ?? #kavya #agentleman #25thaugust”. By the looks of the image we guess Jacqueline did crop her hair, but the backless top and denim hot pants just stole the show. 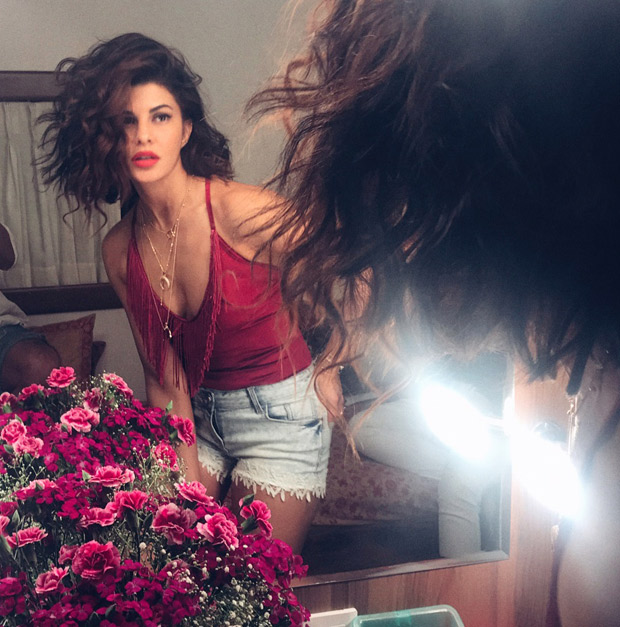 Back on the film front, while Jacqueline Fernandez will be seen opposite Sidharth Malhotra in A Gentleman that hits screens on August 25, she will also be seen in the Varun Dhawan starrer Judwaa 2 followed by Drive. The actress may also turn judge of an upcoming celebrity based dance reality show apparently titled ‘Champions of Champion’.