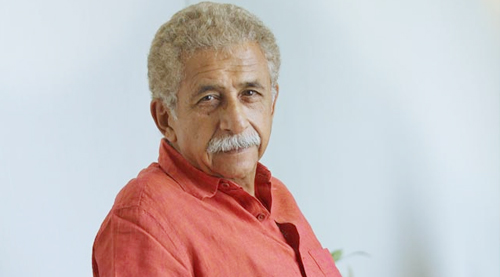 The last time they came together was for Raj Kumar Santoshi's China Gate in 1998. The two pillars of the parallel cinema are together again in K C Bokadia's Dirty Politics.

However, Naseer has a grudge this time against his colleague and pal. "I've barely one shot with Mallika Sherawat, while Om gets to do some very exciting scenes with her."

Om plays a sleazy politician who has an affair with Sherawat's character. Chuckles Naseer, "Om even gets to bite Mallika's shoulder as though it was an apple. Sadly, I get no such lunch privileges in the film."

On a more serious note, Naseer is all praise for his producer-director. "Initially, I thought K. C. Bokadia Saab would be just a commercial-minded filmmaker. But he is a lot more than just that. He is a very gracious producer and a sincere director. I enjoyed working with him. He came to me with a role that required just 4 days' work from me. But he said he needed me to do it. I am glad I did. I enjoyed myself."