Actor Ranveer Singh has been busy with the shooting of Cirkus with filmmaker Rohit Shetty. After their 2018 blockbuster Simmba, the actor-director duo return for a massy entertainer. Amid the schedule, Shetty recently shared a video on Instagram of an action scene being shot while a car was flying. But, turns out it wasn't for the film. 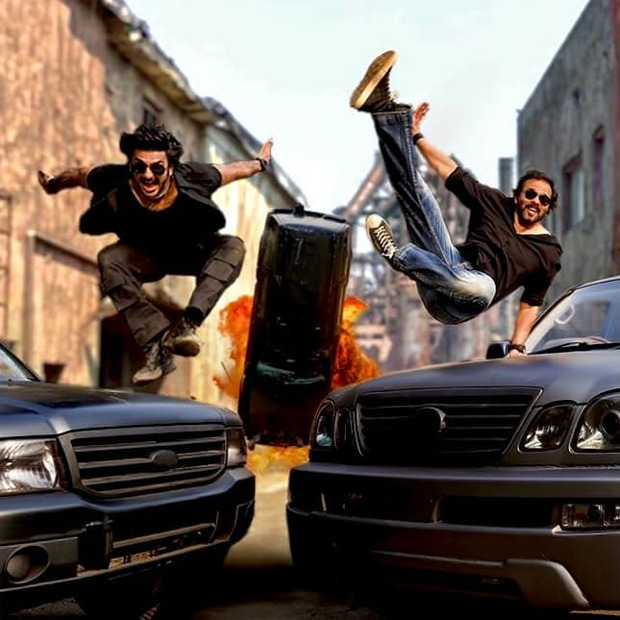 The duo shot a commercial for Ching's Secret noodles. You can see cars flying, crashing in this action-packed still. Ranveer shared the photo and wrote, "This is how we shoot a noodle commercial @itsrohitshetty @chingssecret."

Ranveer Singh will be starring in a double role as the story is about a pair of identical twins who are separated at birth. Both of his characters will have attendants played by Varun Sharma. The four of them will eventually cross paths leading to a classic case of mistaken identity and confusion. The film is Rohit Shetty's take on the classic play, The Comedy of Errors.

T-Series presents in association with Reliance Entertainment, Cirkus, produced and directed by Rohit Shetty. The film reportedly will release on December 31, 2021.