Virat Kohli and Anushka Sharma are undeniably the IT couple of Bollywood. We know that Anushka is neck deep in the shoot of Zero with Shah Rukh Khan and Katrina Kaif and hubby Virat is busy with the on-going cricket series against South Africa. The two personify #MarriageGoals as they indulge in PDA on a regular basis on social media. The Pari actress makes sure that she watches Virat’s every match despite a hard day at shoot and shares it on her social media accounts from time to time. She can’t get over her man’s genius on field and her timeline is a living proof of that. Well now Virushka fans will go aww after reading this! So, a picture of Anushka Sharma’s dad has surfaced on net buying a present for his son in law. 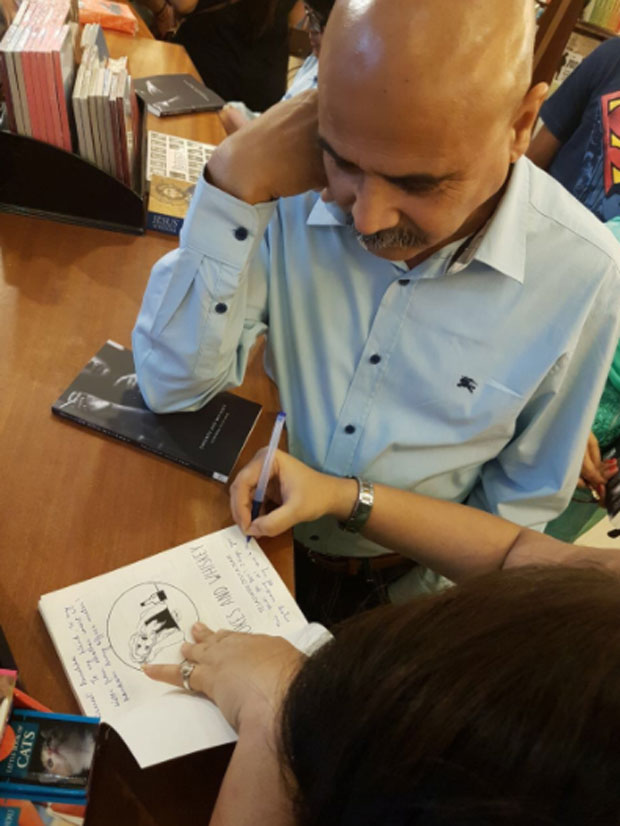 You will be amazed what Mr Shama has indulgently picked out for the Indian skipper. So he recently got a book specially signed by the author for his darling son in law. The book happens to be a collection of poems by author Tejaswini Divya Naik addressed to both Anushka Sharma and Virat Kohli. Now, it’s really sweet when your parents play cupid for you, right?

Personally, the two are enjoying marital bliss after their dreamy wedding in Tuscany, Italy and a brief honeymoon in the snow-capped Finland before getting back to their work commitments. Professionally, Anushka Sharma is creating ripples with her spooky trailer of her next production Pari starring Bengali star Parambrata Chatterjee. Virat Kohli too has the nation amazed again with his dumdaar performance in the on-going ODIs.