Akshay Kumar's highly awaited film Pad Man has finally hit the theatres today. B-town has always come out in support of his films during Rustom and Toilet -Ek Prem Katha. As the industry has been supporting the #PadManChallenge, Ranveer Singh has once again won the best promotional way to support Akshay’s film.

Ranveer Singh shared a video in which we can see him dancing with Akshay Kumar on the song ‘Superhero’ from Pad Man. The synchronized Dubsmash video is captioned, “All the best to my Superhero @akshaykumar for @padmanthefilm ! In theatres today!” 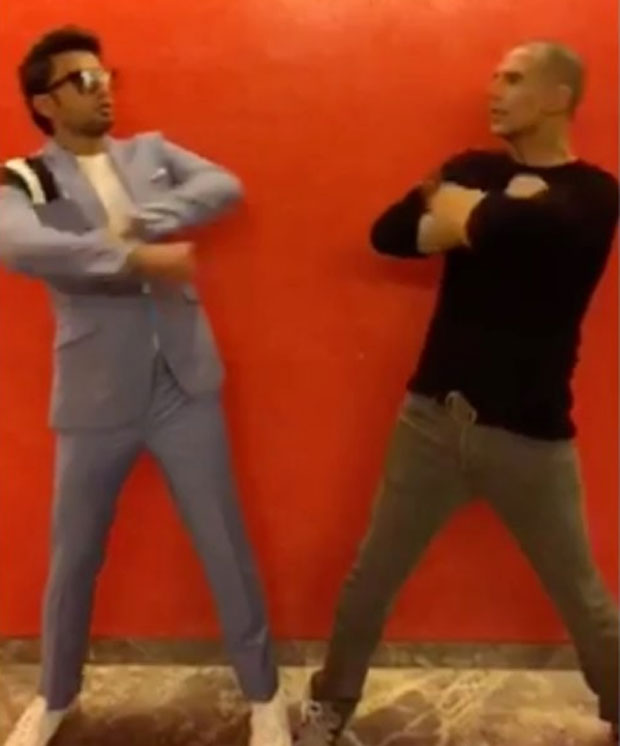 This is not the first time Ranveer Singh has supported someone else's film. In the past, he made fun videos for Arjun Kapoor during Half Girlfriend, Mubarakan, Shah Rukh Khan during Fan among others.

Pad Man, directed by R Balki and produced by Twinkle Khanna, is based on a real-life story of a social entrepreneur, Arunachalam Muruganantham, who took it up to himself to provide low-cost sanitary napkins to women from poor economic states across rural India. The film also stars Sonam Kapoor and Radhika Apte. It is slated to release on February 9, 2018.