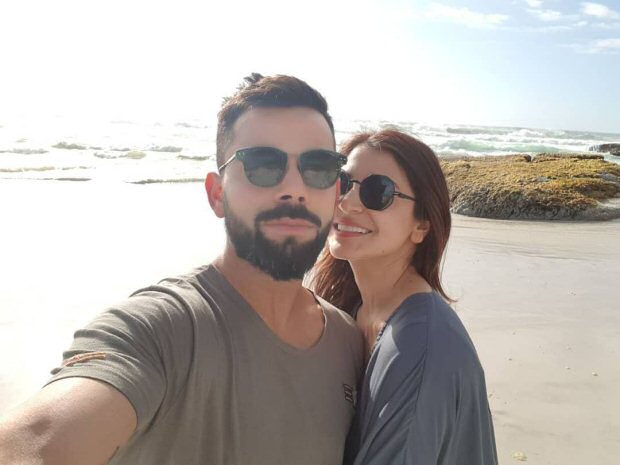 Last year, Virat Kohli and Anushka Sharma had what was easily the biggest wedding of 2017. There were murmurs that both were going to get hitched in Italy. It became all the more sure when Anushka was spotted leaving the country with her family in tow. However, nobody knew the complete details. Hence, there was a lot of surprise and excitement when it was unveiled that both got married in a private ceremony on the evening of December 11. Then came the wedding pictures that created a frenzy. They held wedding receptions in Delhi on December 21 and Mumbai on December 26, which were attended by prominent Bollywood celebrities. These two events too were talked about a lot.

Fans however wanted more and they surely got it when the newly married couple continued with their updates while on their honeymoon in South Africa. Moreover, pictures clicked by fans also made for a great watch, especially Virat Kohli and Anushka Sharma shopping at a shop offering heavy discounts.

Today, Virat Kohli uploaded a selfie that surely shouldn’t be missed by Virushka fans. It shows the dashing Virat Kohli taking a selfie while posing with a smiling and a happy Anushka Sharma. Both are hanging out by the sea at Cape Town. Virat incidentally is wearing the same grey T-shirt that he was wearing in the picture posted yesterday as well. Anushka is also wearing a grey top but of a different shade and both in a way seem colour coordinated. The cute caption with the picture is, “Cape Town is such a beautiful place anyways, and even more beautiful with my one and only!”

On the film front, Anushka Sharma seems to have a busy 2018. Her third production Pari is all set to release on February 9. During the Gandhi Jayanti weekend, she will be seen in Sui Dhaaga alongside Varun Dhawan. It is directed by Sharat Katariya. She will end the year on a high with Aanand L Rai’s Zero, featuring Shah Rukh Khan as a dwarf. It also co-stars Katrina Kaif and releases on December 21.