After kickstarting the year with Street Dancer 3D, alongside Varun Dhawan, Shraddha Kapoor, and Prabhudheva, Nora Fatehi will next be seen as a spy in Bhuj: The Pride of India, set against the backdrop of the 1971 Indo-Pak war. She began shooting in January and learned Mixed Martial Arts as a part of her prep for the action sequences. “I’ve picked up the basics, including how to kick, punch, pin someone down and even took gun training. It’s a performance-oriented role and is a great elevation in my career,” informs the actress who has come to be known for her hippy-hippy shake-shake chartbusters. 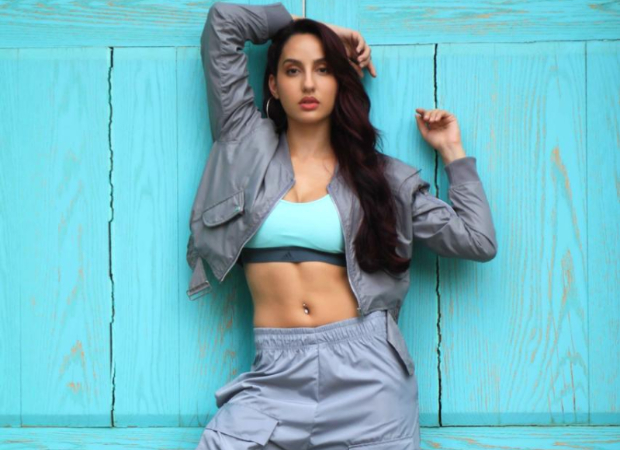 While Street Dancer 3D may not have worked commercially, Nora insists she got a lot out of that film. But after earning her stripes as a dancer, she now wants to establish herself as a performer. “Typecasting hinders the growth of an artist. Talent and versatility will bloom when this idea of people doing just one thing disappears, but things are changing,” she says optimistically. Last month, she performed at Paris’s Olympia, the concert venue of Pink Floyd, The Beatles, Janet Jackson, Madonna and Taylor Swift in the past.

It was her first concert and she grooved to songs like 'Dilbar', 'Saki Saki', 'Kamariya' and 'Ek Toh Kum Zindagani'. “My team and I were working on it for six months. The Olympia will only permit you to perform there if you’re a saleable artist. It was a sold-out show, with an audience from India, the Middle East, and Morocco. I also sang my singles, the English song 'Pepeta' and the Arabic version of 'Dilbar'.

It’s something I’d love to do it in the future too,” she asserts.

Meanwhile, Nora is collaborating with an international artist on her third single. “It’s an original English commercial pop song which will release this year. I’ve just got back from Morocco where I was putting the project together. I’m really excited,” she signs off.

Kiara Advani would interview THIS director…