Nora Fatehi recently told Kareena Kapoor Khan about her desire to get married to Taimur Ali Khan. Nora was being interviewed by the Jab We Met actress on the show What Women Want when she said that she would like to marry the nation's sweetheart when he is older. 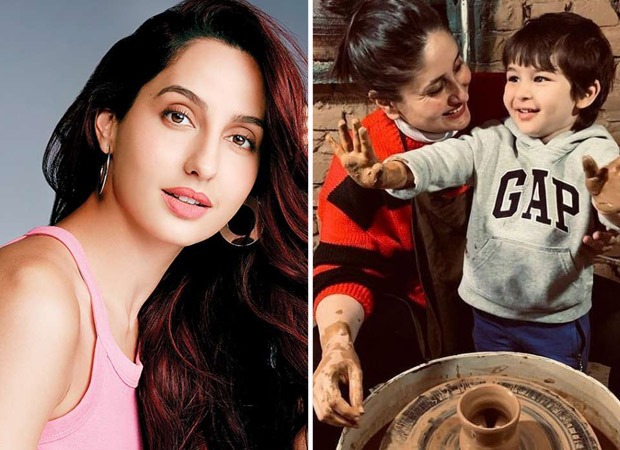 During the chat show, Kareena told Nora that she and her husband Saif Ali Khan are in awe of her stunning dance moves. Nora thanked her and said, "I am hoping that soon, when Taimur gets older, we can think about an engagement or marriage between me and him.”

Kareena was stumped and then laughed and said, “Well, he is four. I think there is a long way to go.” Replying to it, Nora said, "It’s okay, I will wait.”

Kareena and Saif's first born Taimur has been a favorite of the paparazzi ever since he was born. The little one is now very comfortable around the paparazzi and often waves and poses for them. But at times when he is not in the mood, he even asks them to not take photos. Meanwhile, Kareena and Saif are expecting their second child in February.

On the other hand, Nora was last seen in the film Street Dancer 3D and the music video titled ‘Naach Meri Rani’. She will next be seen in Bhuj: The Pride of India which is slated to release on Disney+ Hotstar.