In the recent past, period dramas have garnered massive popularity as the audience has evolved, and has realised their importance. The high magnitude of drama, visual appeal, colours, stellar cast, and information worth knowing in a period drama set up adds to its thrill. Though it all looks visually appealing and stunning on-screen, shooting for a period drama, especially a fictional one, is an arduous task. 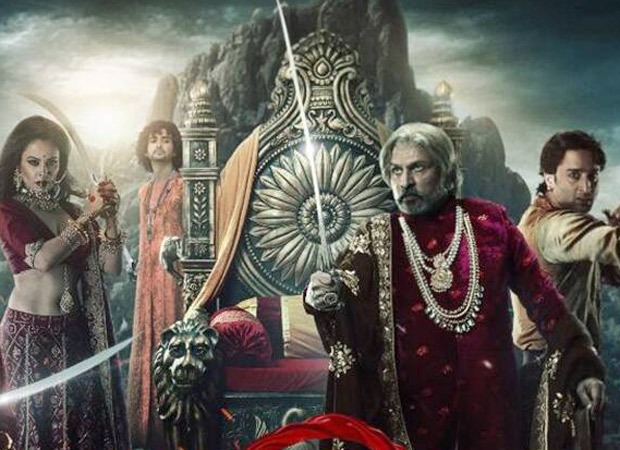 Director Shachindra Vats, along with ALTBalaji research and production team, took on the challenge to helm ALTBalaji and ZEE5's Paurashpur, Indian OTT's first epic fictional fantasy drama. The stunning VFX has upped the Wow factor in the mega-series.

Sachindra and Kamall Hingorani from the VFX team share insights about creating the mysterious world of Paurashpur in this video that explains how the director had his vision set for every scene, planting VFX to ensure every scene would look as real and perfect in the series. It further showcases how the fight sequences are shot, how the blood splash looks real. One of the most important scenes in the series that raised eyebrows is pouring hot wax on the back of a female actor, explained well in this video.

Shachindra informs, "The biggest challenge was to create the world of Paurashpur. Going by the show's narrative, the team decided to mount it on a huge level. The idea was to create a visually appealing world and at the same relatable to today's audience. The research and production team of ALTBalaji worked hard on gathering information."

"The production team has sketched almost everything that you would see in the show and created a presentation of the same, in terms of how the world of Paurashpur would look like, be it costumes, backdrop, action sequences, colour, feel, etc. We have read a few books that would help us understand the detailing of light and lamps of that era in a palace, fragrance used, transparent curtains, etc. Every scene has been sketched according to the imagination of the research team. We all knew that if we could manage to get the right colour palette for the show, then half the battle is won as we would get the right feel. The idea was to create something spectacular for the Indian OTT world since this is something new and never seen before. At the same time, the challenge was to ensure that today's generation should be able to relate to it, and I hope it does," adds Vats.

Also Read: Makers of Paurashpur shift their shooting base from Mumbai to Nashik due to the lockdown