Nora Fatehi will soon be seen in the film Bhuj-The Pride of India. The actor who is known for her killer dance moves will be seen in the part song ‘Zaalima Coca Cola’ from the film. While the complete video song is yet to release, the teaser which was released a few days back has already grabbed eyeballs. 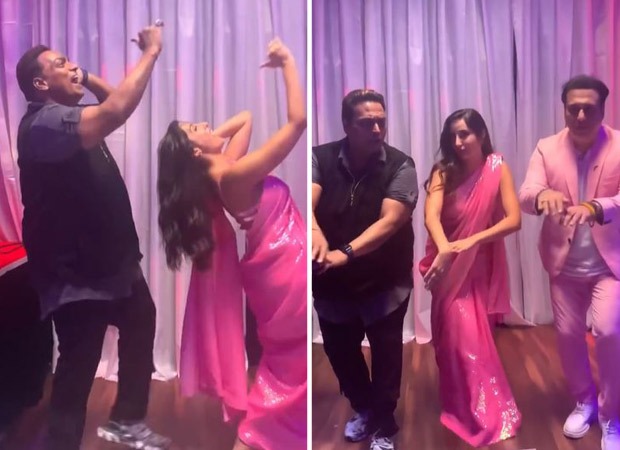 Ahead of the release of the song, Nora has kickstarted the hook-step challenge of the song. She shared a video on Instagram where she was seen dancing with ace choreographer Ganesh Acharya and was also joined by 90s superstar Govinda.

“While we wait for the official video to release… lets Start the hook step challenge featuring the legends themselves @ganeshacharyaa @govinda_herono1 ❤️❤️???? Full song out July 28th!Lets GO,” she wrote sharing the dance video.

Nora looked glamourous as ever in a pink shiny saree, while Govinda matched with her in a pink suit. Ganesh Acharya looked comfy in all-black attire.

The trio recently graced the sets of the popular dance reality show Dance Deewane 3. The three came to the sets as guests for a Guru Purnima special episode.

ALSO READ: Nora Fatehi is a complete storm in a red off shoulder dress worth over Rs. 51K