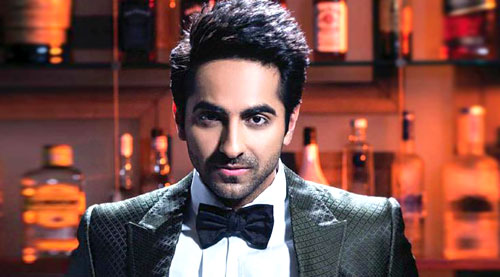 Ayushmann Khurranna has just seen the release of his most ambitious and biggest film till date, Hawaizaada. The youngster gets talking about it.

What really fascinated you about Hawaizaada?
The film's plot caught my attention. We have read about Wright brothers but no one knows that it was possible to have the first airplane made in India. I read in Google that this man (Shivkar Bapuji Talpade) was trying to make one. May be he couldn't patent it or perhaps his effort was suppressed by the British. I was so fascinated by the core idea.

The scale of the film is being much appreciated.
It is exceptional, to put it simply. When I went on the sets, I was expecting an earthy film; you know something which is simple at heart. The first set that I saw was that of a dilapidated ship which had a lap constructed underneath it. I was so amazed; it was straight from a Hollywood film. I realized that it would be a fantasy world meeting realism. I was drawn into this world.

As an actor, it seems like your most demanding assignment ever.
Vibhu has extracted the best out of me. He has pushed me hard. Even if I have given a take and believe that it is good, he would ask me to do it again as that would just be a warm up shot for him. He also did a lot of readings with me before we went on the sets.

There is a fair element of your love story with Pallavi Sharda in the film.
She has surprised a lot of people with the film. She brings in fresh air with her performance. The pre-requisite for the film was to have a classically trained dancer and in that aspect she has done a fantastic job. Even though she is an NRI from Australia, she doesn't have an accent at all.

On the other hand some of the best scenes of yours are with veteran actor Mithun Chakraborty.
The film is about a mentor and his student; that's the main track actually about how they come together to make an aircraft. It was superb working with him. He is a legend. I had a great fan boy moment when I met him. After all, as a kid I had danced to the tunes of 'Disco Dancer'.