Nawazuddin Siddiqui is currently shooting for Kangana Ranaut's upcoming production titled Tiku Weds Sheru. On Monday, Kangana treated fans with a unique look of the actor from the film. In the BTS picture, Nawauddin looks unrecognisable as he is dressed in drag. 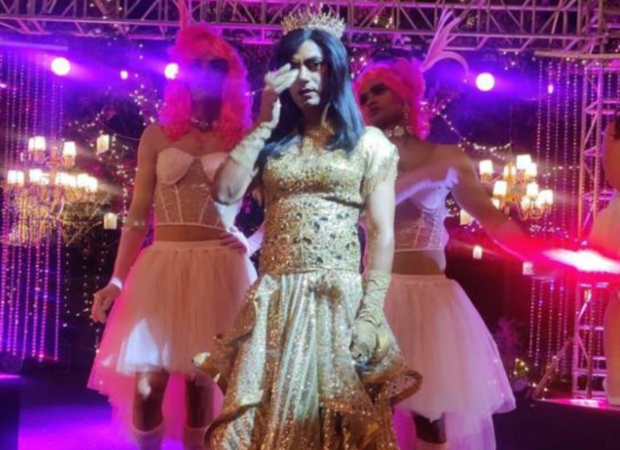 Kangana took to her Instagram stories to share pictures of Nawazuddin dressed in a shimmery golden gown with a tiara and long hair. The dress is reportedly inspired by Sridevi's outfit in the song ‘Hawa Hawai’. Sharing one of the pictures, Kangana wrote, "Bijli giraane main hoon aayi". Sharing another picture, Kangana captioned it, "So hot". 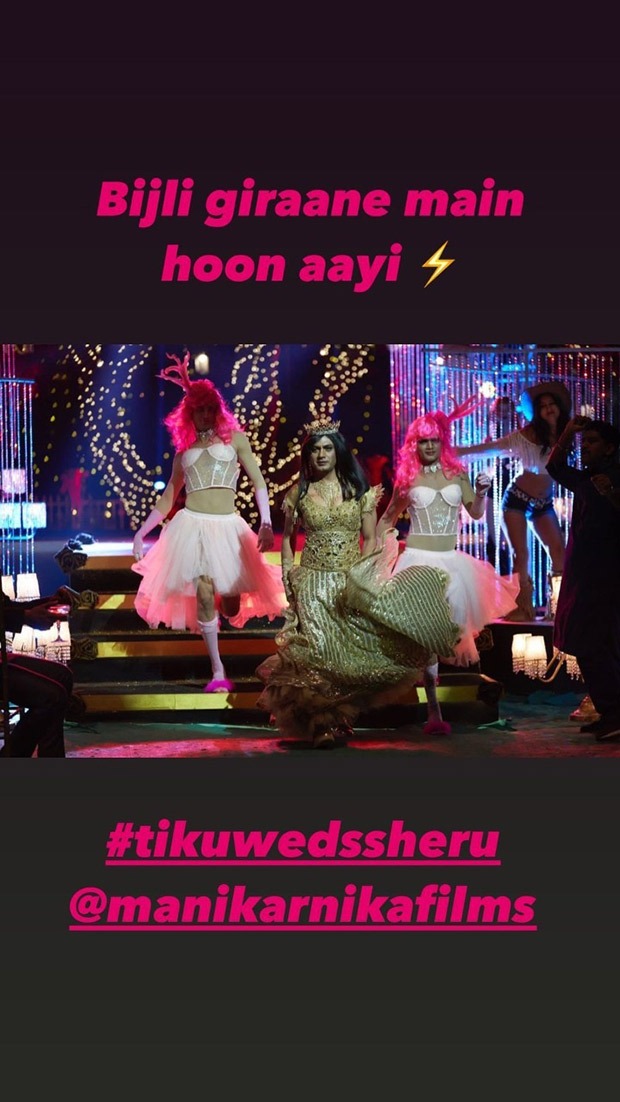 The pictures are from the shoot of a song for Tiku Weds Sheru. As per reports, Nawaz's character dons this avatar to save lead actor Avneet Kaur's character from her kidnappers. The song has been choreographed by Bosco Martis. 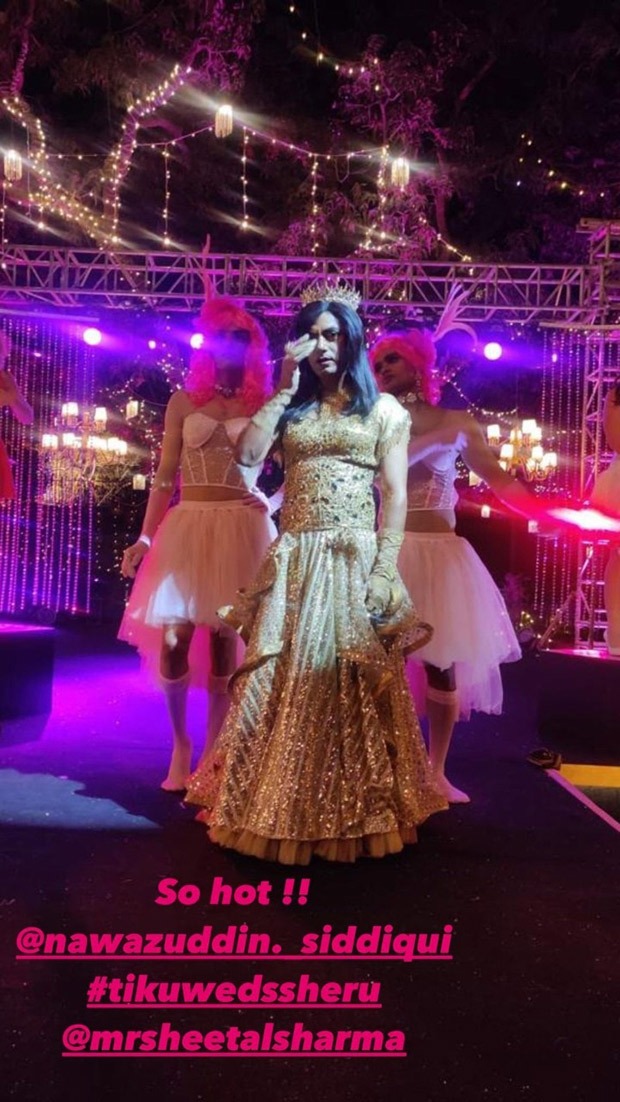 Tiku Weds Sheru is Kangana's maiden production after the announcement of her production house, Manikarnika Films, in 2020. The film also marks the Bollywood debut of Avneet Kaur.

ALSO READ: Nawazuddin Siddiqui gets a chance to dance; to do salsa with co-star Avneet Kaur in Tiku Weds Sheru