Veteran actor Naseeruddin Shah has been finally discharged from the hospital. The actor was admitted to the P.D. Hinduja Hospital & Medical Research Centre in Khar, Mumbai. 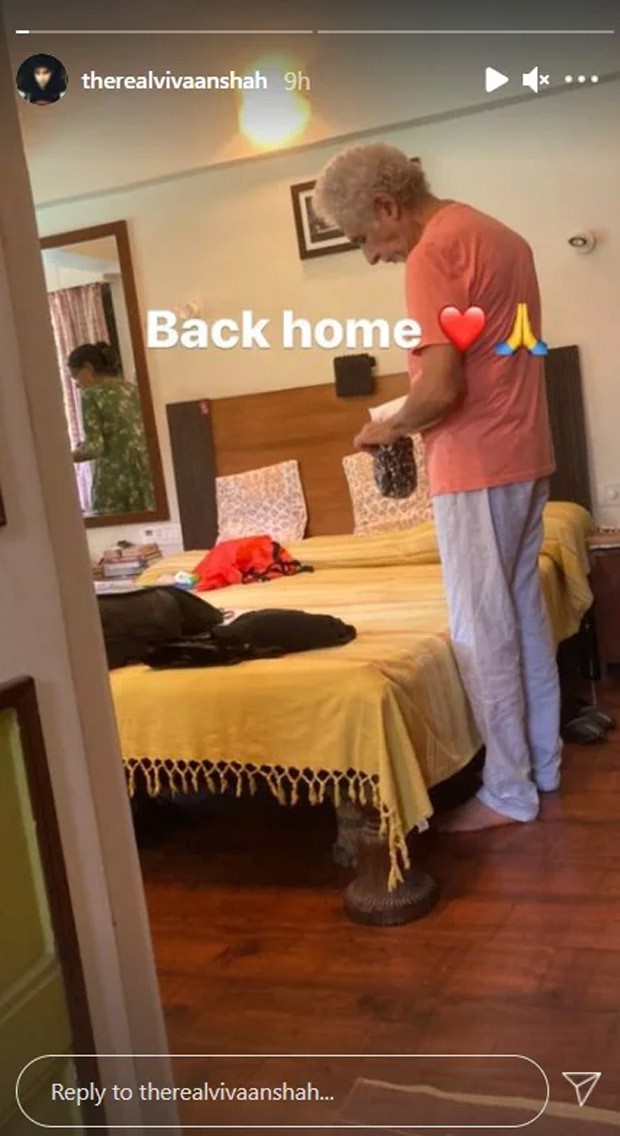 The news was shared by the actor's son Vivaan Shah on his Instagram. Vivan took to his Instagram and shared a couple of stories in which he captured Naseeruddin and his mom Ratna Pathak Shah. In the pictures, Naseer can be seen using his phone. Sharing the pictures Vivaan wrote, “Back Home” in one story and in another wrote, "He just got discharged from hospital". 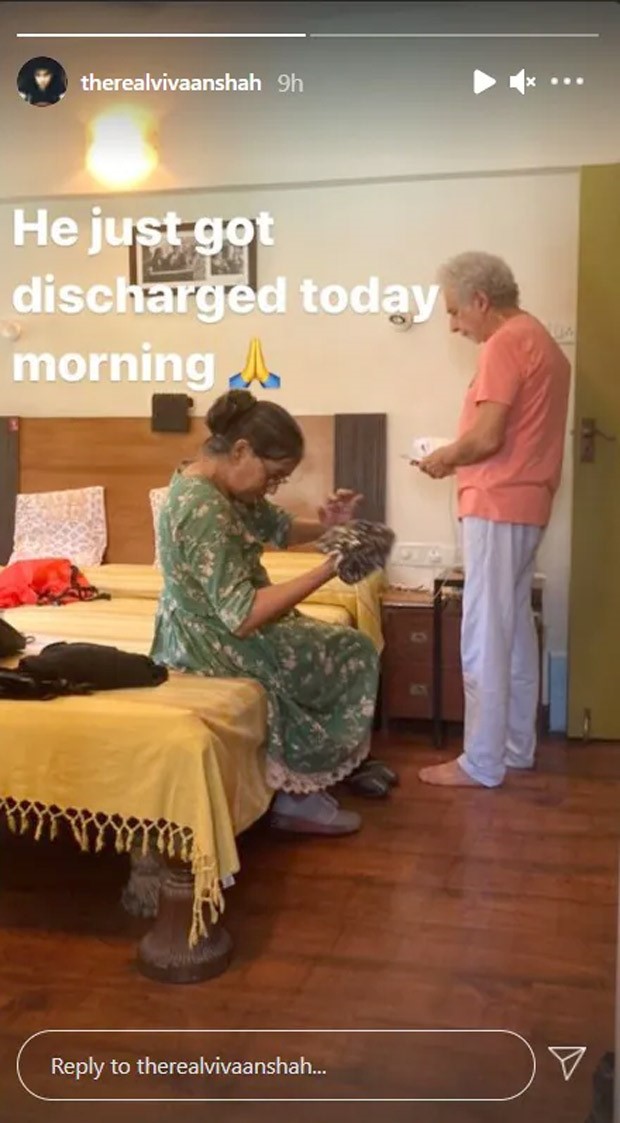 The actor was admitted to the hospital after a ‘small patch’ of pneumonia was found in his lungs, told his wife Ratna Pathak Shah to a daily.

While an insider from the hospital told that Naseeruddin Shah was responding well to the treatment. On July 3, it was reported that he was stable and under observation taking medication and doing absolutely fine.