Last Christmas, fans of American model turned actress Nargis Fakhri were quite surprised with all the romance brewing on social media. The actress posted several cutesy pictures with Hollywood music producer and director Matt Alonzo. Not surprisingly, it became viral in media reports fuelling up speculations about their love. And now it seems that all of it has been confirmed! And the proof is a recent tattoo! 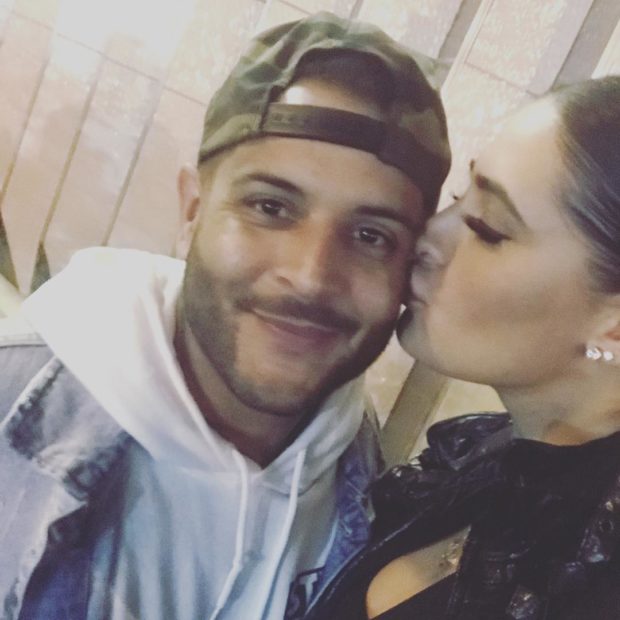 Nargis Fakhri confirmed her relationship with Matt Alonzo in style by sharing a picture on social media. This one wasn’t one of those lovey-dovey ones but rather a picture of her new tattoo. The actress has inked her and his initials on her wrist and had posted an image of the same on Instagram.

Incidentally, the picture also featured another wrist! No points for guessing that it was of Matt Alonzo. The musician too has inked his wrist along with Nargis and this one too features the same initials ‘N M’.

If reports are to be believed, Nargis and Matt first met each other last year when the actress was planning her music debut. She had worked with singer Zor Randhawa and the popular Snoop Dogg for her single. During its making, reports suggest that Nargis Fakhri and Matt Alonzo developed a great bond which further culminated into romance eventually.

From Justin Bieber to Chris Cornell, Matt has worked with many big names in the Hollywood music scene. As for Nargis Fakhri, she will next be seen in the Bollywood film Torbaaz. She will be playing Sanjay Dutt’s love interest in the film and has already completed a schedule in Kyrgyzstan.

EXCLUSIVE: Sara Ali Khan opens up about when…

Did you know? It took Saif Ali Khan 47 takes…

Arti Singh is searching for the right man;…

Here’s when Ayushmann Khurrana and Tahira…