Last Updated 07.10.2022 | 10:35 PM IST
feedback language
follow us on
Bollywood Hungama » News » Bollywood Features News » Naagin 6: A Pregnant Pratha betrayed by the people she loves the most; gets stranded alone in jail

For everyone who has been following Naagin 6, romance is in the air for Rishabh and Pratha! As Mehak supports her sister and brother-in-law in their journey of love, will her support remain constant? Pratha decides to confess her truth to her husband and desires to live a simple life as a common woman. She goes to the extent of even wanting to give away her powers. But will that guarantee her, a lifetime of happiness with Rishabh? 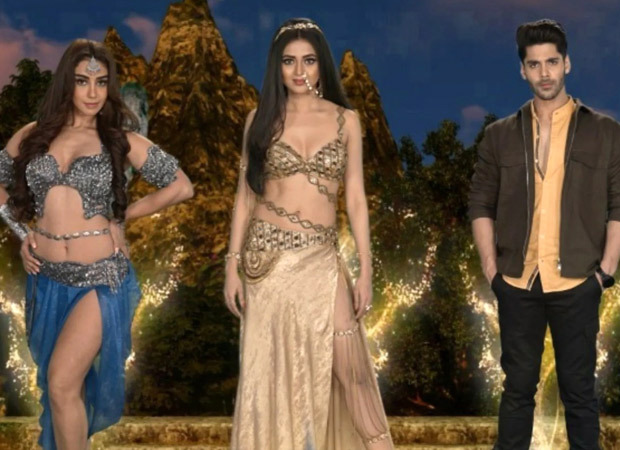 Naagin 6: A Pregnant Pratha betrayed by the people she loves the most; gets stranded alone in jail

In the recent promo that was out for Naagin 6, things seem even more complicated than ever. While Pratha is under the impression that the villains from her life have been wiped out, little did the Shesh-naagin know that her life is far from being that simple. The recent promo features Pratha returning to the avatar of a common woman and sacrificing her powers to lead a normal life. As soon as her powers are taken away, she is stabbed in the back by none other than her sister Mehak. A falling Pratha is shocked to see Mehak holding hands with the love of her life Rishabh. Soon Pratha is thrown into jail but she is not alone. She is pregnant with Rishabh’s baby.

Betrayed by her own husband and sister, what challenges will Pratha face in the future? What will be the fate of her unborn child? Will her child be a naagin too? Will the Shesh-naagin be able to avenge the injustice done to her without her powers?

The new twist of Naagin 6 has left viewers surprised. There are also rumours that the ongoing show will end soon and that Naagin 7 will feature the daughter of Pratha avenging everything that happened to her mother.