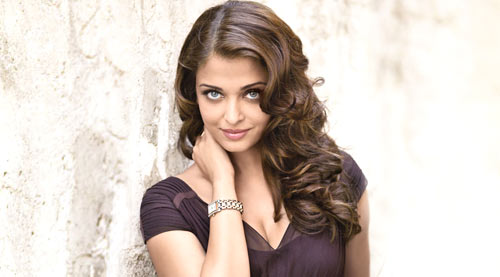 The three years that she took off to look after her daughter has not dimmed her dazzle. Aishwarya Rai Bachchan is back stronger and, yes, more beautiful than ever before.

Aishwarya speaks her heart out on her favourite subjects, her daughter Aaradhya, husband Abhishek and of course movies.

You have been a uni-focused mother for three years now. Was there never restlessness in you to return to acting while you were on maternity leave?

Aaradhya and I have a soul connect. My day begins and ends with her. From the moment I wake up my entire perspective on the day is centered on her. Her constant presence in my life is not even

something I consciously think about it. It's just there! And I wonder how I lived before she was born. Only a parent would understand how I feel.

Correction, only the mother has this umbilical connection?

Possibly. Though I know many fathers who are equally devoted to their children. I can only speak for myself. To me my world changed the day Aaradhya was born. Everything is the same around me. But

she has changed the way I look at the world. The world that I now occupy with my daughter is my reality. Everything else is a secondary.

Is Aaradhya uncomfortable with all the attention she gets at this tender age?

What is really assuring is that she has incredible resilience, by God's grace. She has seen this (public attention) from infancy. When faced with crowds she becomes very silent and observant, as

though taking it all in. Yes, she clings to me in public because there are people screaming and jostling. In fact I get more nervous when I am in crowds with her than she.

Look, anything can happen. Not that anyone means any harm. But in the sea of humanity even a little jostle can hurt my daughter. So I proceed protectively with her through the crowd while she

remains cool. 'Mama, what was that?' she smiles and asks at the end of it. You must understand no one means to hurt her. Everyone is beaming and waving and calling out her name. It's a friendly

world for her. Everyone seems to know her and she needs to know everybody. So there is no attempt to make her feel like a celebrity.

It can't be that easy?

I take her with me everywhere so she is a part of my multi-tasking life. I keep it as real for her as possible and very normal. Now she is in school like any normal girl. But even when she was a

toddler I'd take her to the play-park to be with other children. It becomes difficult in Mumbai. But when I'm travelling I take her out to the park. Even there, there are people who recognize us.

But they are normal parents and children. Aaradhya has to have a normal life. I've explained to her that is my life and now she's part of it. So she's comfortable in it.

It couldn't be easy to create an atmosphere of normalcy around Aaradhya?

It didn't just happen. One has to work on it, channelize all energies into keeping it all real and normal for Aaradhya. I am glad I took time off to work on looking after her. When people meet

Aaradhya they say she's such a normal child. That's my reward as a mother.

I believe she is already a gadget-friendly kid?

I made sure she doesn't spend too much on gadgets. Pa (Aishwarya's father-in-law Amitabh Bachchan) gifted her an I Pad at a very young age. For her it is a like a book. But I never allowed her to

get hooked to any gadget. I don't want her to become one of those people who talk on the phone and to the person in front of them at the same time.

Do you know a lot of such people?

Most people who are good on the phone and the social network are not necessarily listening to the person in front of them. We are connected to every part of the work but not to the people sitting

next to her. I may not be very communicative on the phone. But when I meet people I am with them.

How do you now adjust your shooting schedules to match Aaradhya's timings?

When I am shooting I start my day really early. During Jazbaa we shot a lot on the roads and in the grime. So every morning the hair had to be washed. To keep it real on screen is not easy.

Then I'd take her to school.

Did you have to tell her 'Mama is going to office', like Lara Dutta told her daughter when she resumed acting?

No, you see, with me it's slightly different. Even when I was not acting I was doing endorsements, events, etc. Aaradhya would accompany me to all these. Motherhood is all about planning. During

Jazbaa Sanjay Gupta phased out the shooting over 51 days according to my time constraints.

Apparently you had a special van for yourself and Aaradha on the sets?

This is a false rumour. There was no special van. Just that I kept it very hygienic. Immediately after Aaradhya's school was over every day I'd pick her up and bring her to wherever we were

It couldn't have been as easy as it sounds?

It's not easy for any working mother. Every wife mother and professional has to do a lot of planning. The stuff I pack every day has to include activities for Aaradhya during the day, the food â€¦But

I'd say I am fortunate I can bring my child to my work place. A lot of mothers can't. It may be a lot of planning but I happily do it for my child. And I do it on my own.

People assume I've a posse of workers helping me. Wrong! I've never had nurses and nannies for Aaradhya. This was partly due to ignorance. At the risk of sounding like aganwaar let me say I

didn't know one could hire reliable help for one's child. There was just one helper and she was my extended hand. Otherwise it's just me and my daughter.

Does Aaradhya enjoy your shooting?

She gets very excited. When she's told Mama is working she is fully into the day. She has completely embraced my work.

You're very fortunate to have a child who understands your job?

I worked on it. I had to train Aaradhya to understand that the sets, locations and camera are the family's reality. With my first film after comeback it helped that the director was a father of two

children. The locations were worked out so that Aaradhaya didn't have to miss school.