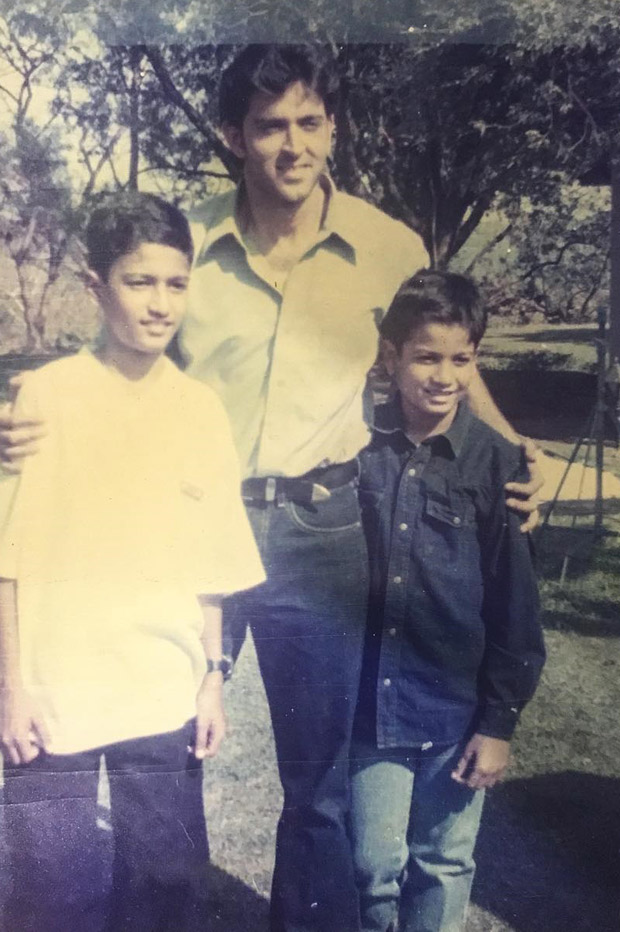 Just a couple of days back, actor Vicky Kaushal who has been shooting for the currently underproduction Sanjay Dutt biopic that stars Ranbir Kapoor made headlines after the commencement of the film Raazi. While the actor will be seen sharing screen space with Alia Bhatt in the Meghna Gulzar directorial, he certainly seems to be taking a trip down the memory lane while shooting.

In fact, Vicky Kaushal took to the social networking platform Instagram sharing a throwback image from his childhood days, reminiscing about his fan moment when he met none other than the Bollywood Greek god Hrithik Roshan. Posting the image of a younger self accompanied by his brother, Vicky added, “Found this while cleaning up my drawers today. My first time on a film set (Fiza) and the reason was to see this phenomena in flesh and blood. KNPH had just come out and I was a crazy fan like many others. Someone told me that he only meets kids who can dance on 'Ek pal ka jeena' (obviously I was getting fooled), but I believed that and rehearsed and practiced dancing on the song for 3 days before meeting him. When I finally met, he was the sweetest person ever. Probably the only time I have stared at another human being for hours at stretch... coz may be for me he was not just a purush, he was a mahapurush. Inspiration... then, now and forever. Hrithik Roshan! #throwback along with biraadar @sunsunnykhez”.

While the image that was shot on the sets of Fiza that hit screens in 2000, Hrithik Roshan decided to respond to the young actor’s post. Replying to Vicky on Instagram, Hrithik posted, “Thanks Vicky for bringing back some heartwarming memories! You have grown into such an outstanding actor. All the best for your future and looking forward to seeing you in more great projects!”

On the work front, Vicky Kaushal’s next venture Raazi wherein he plays the lead is slated to hit screens on May 11, 2018.