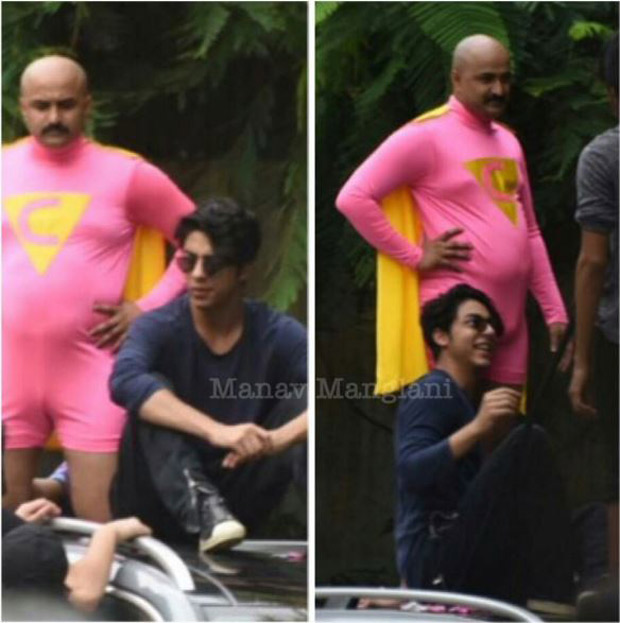 Celebrity kids always find themselves in the spotlight almost every time they step out. After Shah Rukh Khan’s daughter Suhana recently made headlines when the paparazzi hounded her for that exclusive photograph at a screening, now the actor’s son seems to be the centre of attention.

In fact Aryan Khan was recently spotted on sets of an advertisement shoot that was underway on the streets of Mumbai. While the shoot was for a popular chewing gum brand, Aryan was present on the sets of the same. However, it is still unclear whether Aryan was shooting for the same making his debut or was he assisting on sets of the shoot.

But whatever be the case, just spotting the young lad on sets chilling atop a car we have to admit that by the looks of it, Aryan Khan seems to be enjoying himself.