The parallel cinema movement of Bollywood led to the rise of many talented individuals and Sudhir Mishra undoubtedly is one of them. He has proved his worth with some memorable films like DHARAVI [1992], IS RAAT KI SUBAH NAHI [1996], HAZAARON KHWAISHEIN AISI [2005] etc. Of late, he also dabbled into web series space with HOSTAGES. And now, he’s back to the feature film format with SERIOUS MEN, starring the very talented Nawazuddin Siddiqui. The trailer has enhanced curiosity already. So does SERIOUS MEN manage to entertain and enlighten the audiences? Or does it fail? Let’s analyse. 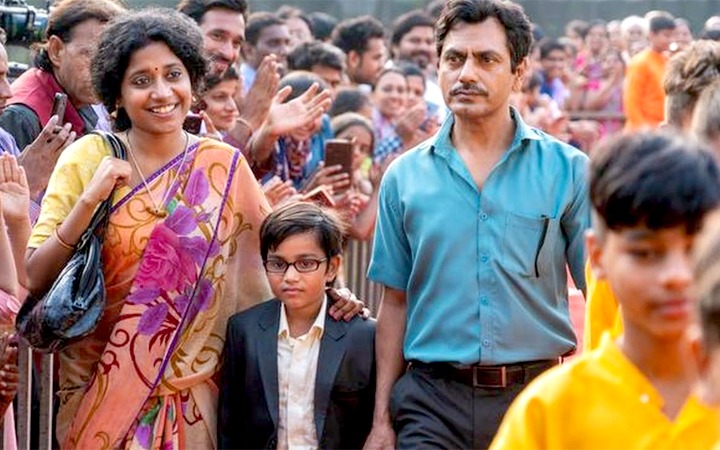 SERIOUS MEN is the story of an unusual father-son pair. Ayyan Mani (Nawazuddin Siddiqui) works for National Institute of Fundamental Research as the PA of its head Dr Arvind Acharya (M Nasser). Dr Acharya is trying to conduct a programme to find the existence of space microbes, thereby solving many of life’s mysteries. The government, however, is in two minds about funding this project. Ayyan, meanwhile, is on cloud nine as his wife Oja (Indira Tiwari) delivers a son, whom they name Adi (Aakshath Das). Ayyan stays in a matchbox-sized apartment in BDD Chawl, Mumbai, that too on rent. He and his family has suffered a lot in life due to abject poverty and also because they are Dalits. When Adi grows up and is around 9 or 10 years of age, it comes to light that he’s a genius. His knowledge on various areas of science is exemplary, and much more than that of an average kid of his age. It catches media attention and he becomes a celebrity in his neighbourhood. Soon, it also spruces interest in the political circles. Keshav Dhawre (Sanjay Narvekar), a seasoned politician along with his daughter, Anuja (Shweta Basu Prasad), who’s also an upcoming politician, meet Ayyan and his family. The father and daughter wish to redevelop BDD Chawl complex into a luxurious residential township, equipped with all major amenities. They request Ayyan to let Adi be a part of their campaign so that residents are convinced. In return, they promise reward for Ayyan. Ayyan realizes that his son’s newfound fame can improve the fortunes of his family. However, the world doesn’t know that he harbours a secret that can have disastrous consequences.

SERIOUS MEN is adapted from Manu Joseph's novel from the same name. The story is very interesting and novel. There have been many films on child and parent bond but SERIOUS MEN stands out because of the hilarious and even moving twists in the tale. Bhavesh Mandalia and Abhijeet Khuman's screenplay (additional screenplay by Niren Bhatt and Nikhil Nair) is quite engaging. The world of Ayyan is very nicely established and in no time, we understand Ayyan’s viewpoints on various aspects of life. Also, it is done in a very neat manner and hence, the layers and underlying themes are easy to comprehend. However, the second half could have been more gripping for a better impact. Dialogues are quite witty and enhance the impact tremendously.

Sudhir Mishra's direction is simple and also creative at places. A few scenes are very well executed and well thought of and that adds to the impact. The larger point that he’s trying to put across with regards to the class and caste divide comes across nicely and doesn’t appear forced. On the flipside, the execution loses steam in the middle of the second hour. The finale also appears lengthy. The 114-minute-long film, ideally, should have been 10 or 15 minutes shorter. 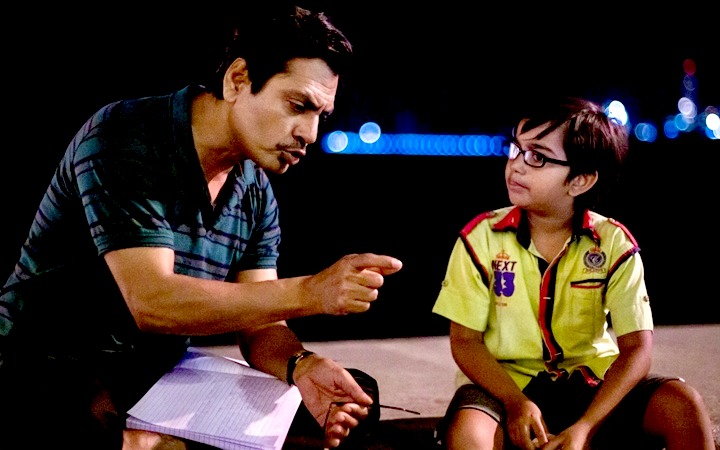 SERIOUS MEN begins on a very impressive note, giving viewers an idea about where Ayyan works and his equation with his wife. The scene where he and Oja are chilling in a five-star hotel when she goes into labour is funny and unique. The following sequences too are very entertaining like the staffer in Ayyan’s school asking the family to convert to Christianity, Ayyan’s speech in the neighbourhood where he advocates for redevelopment and Ayyan spilling the truth to his friend Sayali. In short, the first hour is sans any complaints. The second half too has its share of some good sequences but the engagement factor is not consistent here, which hampers the impact. The final scene however is nice and the film ends on a fair note.

Talking of performances, Nawazuddin Siddiqui is in full form. There are funny shades to his character but he keeps his act restrained. And that helps a lot. One looks forward to his antics and how he manoeuvres through the various obstacles that come his way. It’s praiseworthy how he has similar looks in most of his films and yet he ensures there’s something different in each of his roles. Aakshath Das is like the second lead of the film and plays the challenging part effortlessly. Indira Tiwari doesn’t get much screen time but leaves a mark. Her confrontational dialogue in the pre-climax is superb. Sanjay Narvekar suits the part to the T and gives a fine performance. Shweta Basu Prasad gives a confident performance and has tremendous screen presence. M Nasser is dependable. Kasturi Jagdish Jangam (Sayali), Vidhi Chitalia (Oparna), Sameer Khakhar (Minister Ganesh Tawde), Sharad Jadhav (Satish) and Dr Nambodari (Udayabanu Maheshwaran) do well in small roles.

Music gets no scope. 'Raat Hai Kaala Chhata' is forgettable. Karel Antonín's background score is effective. Alexander Surkala's cinematography is quite good. It captures the claustrophobic mood of the rooms of the chawls convincingly. Sheetal Sharma's costumes are straight out of life. Same goes for Rakesh Yadav's production design. Atanu Mukherjee's editing is neither too quick nor too dragging.

On the whole, SERIOUS MEN is a fine effort and works due to its realism, plot, underlying themes and performances of Nawazuddin Siddiqui and child actor Aakshath Das.