Brahmastra’s Mouni Roy is winning accolades for her portrayal of loving yet strict wife of Akshay Kumar in Gold. Though her role was short, it was pretty impactful. Playing a Bengali did come naturally to Mouni on screen. This was for the first time that we saw her on big screen though she is a big name on television. Following the success of Gold, she spoke to Bollywood Hungama about the movies she would like to do in future and her favourite actors in the industry. She confirmed her single status on camera. A fan asked her who she would want to kill, marry and hook up among the three superstars: Ranveer Singh, Ranbir Kapoor and Varun Dhawan. She said that she does not want to kill or hook up with anyone but just marry all three of them! Whoa, this sure is an absurd wish since all three actors are taken. Ranveer and Deepika are dating and are soon going to tie knot. Ranbir is in a committed relationship with Alia Bhatt while Varun is steady with his childhood sweetheart Natasha Dalal. 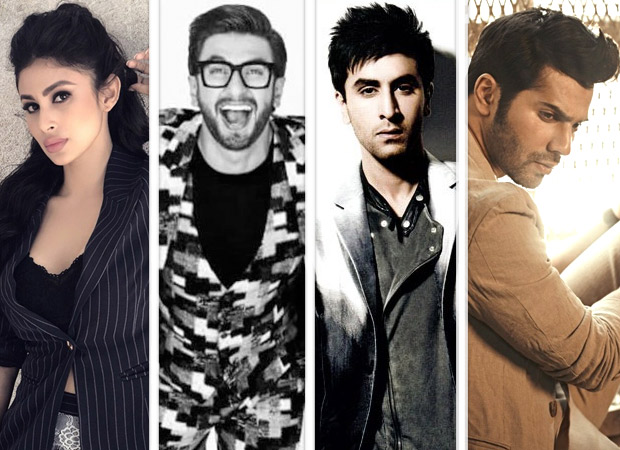 Mouni blushed as she said, “Can I marry all three of them? They all are fantastic. I am not going to kill anyone or hook up with anyone, I would straight marry them.” She later added, “I don’t know what I am talking about. But yeah, I am nice girl. I don’t go for other options.”  We get it Mouni! The Gold actress also fangirled over Ranbir Kapoor and said that he is absolutely talented to work. Apart from Ranbir, she also claimed how mighty impressed she is with Ranveer. When asked to describe him she said that he is, “fun, fire and dapper.” Check out the video below.