Telly couple Bharti Singh and Harsh Limbachiyaa are all set to embrace parenthood. The couple's expected delivery date is around April this year. Bharti and harsh made the announcement of their pregnancy through a YouTube video on their channel. 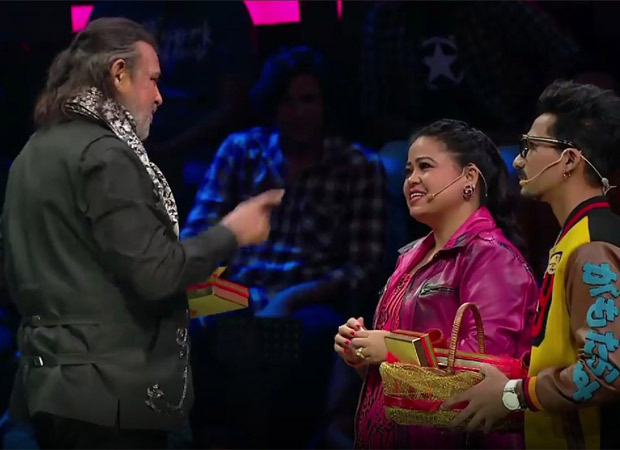 Recently, a new promo from Colors TV' upcoming talent reality show Hunarbaaz- Desh Ki Shaan  in which Bharti Singh and Haarsh Limbachiyaa are the hosts has been surfacing on the internet. In the video, they can be seen addressing their recent pregnancy announcement. The promo begins with Haarsh arriving on stage. Upon arriving, Haarsh tells everyone how he had to face taunts on every reality show he would host. “When is it happening? It's been four years since your wedding,” he revealed what people would say to him.

Later, a flashback clip from the finale of India's Best Dancer plays where Mithun Chakraborty, who is one of the judges on Hunarbaaz with Parineeti Chopra and Karan Johar, asked Haarsh for his ‘hunar (talent)’ when Bharti interrupted in and said, “Chaar saal hogae shaadi ko, aaj tak apna hunar nahi dikha paaya (It's been four years since our wedding and he has still not been able to show his ‘talent’)." Bharti said it while making a cradling gesture with her arms.

Haarsh then tells how after repeatedly hearing the taunt from everyone, he got furious. Bharti then arrives on stage and says that all his anger vented on to her while pointing towards her pregnancy. Bharti said, “Dada, he showed his talent, while pretend-crying. Hearing this, the judges got excited and congratulated them from their respective seats.

Post that, Haarsh and Bharti go to Mithun for seeking his blessings as they touched his feet. However, Mithun asked the couple if he could say something that might feel bad to them. Mithun said, "Jab iski shakal dekhi thi na, mujhe nahi laga tha ye kar paega (When I saw his face, I didn’t think he'd be able to do this).” Hearing this, everyone was left in splits and Bharti and Haarsh simply looked at each other. Lastly, Haarsh told Karan to keep a ‘contract’ ready and said “After all, you will be the one to launch the baby”.

ALSO READ:Bharti Singh and Harsh Limbachiyaa pose for an adorable picture; asks fans if it’d be boy or a girl