A millennial who is always a delight, whether it’s her penchant to sophisticate even the simplest of outfit or a subtle demeanour that accompanies her tall frame. As engaging her screen presence is, so are her off-screen style shenanigans. A stylists’ muse, Diana often styles herself and needless to say, aces it fabulously. A self-confessed minimal style lover, Diana has been quoted, “I have always been very minimalistic and I prefer being comfortable in what I am wearing.” Following a four-year-long hiatus post her debut in Cocktail, Diana Penty regaled us with the comic caper, Happy Bhag Jayegi in 2016. Reprising her role as the free-spirited Happy who finds her happy ending with Ali Fazal’s character in the movie, Happy Phirr Bhag Jayegi is an upcoming sequel to the 2016 film. Roping in ace fashion stylist Maneka Ramsinghani for the promotional style, Diana Penty pulled off a mélange of stunning ensembles all whilst promoting her upcoming film, Happy Phirr Bhag Jayegi. She also teamed up with Sanam Ratansi of Style Cell for some of her promotional looks.

A poster girl for all things simplistic, the model turned actor has her style game figured out that can be best described as unflinching, earthy and innately sartorial. One of our favourite #GirlCrushes, Diana’s personal style play features contemporary yet comfortable silhouettes. Ticking off styles like high street fashion with an equal mix of designer wear, luxe athleisure and ethereal ethnics, Diana believes in upping the look with bare minimum makeup and complimenting hairstyles. Here is a closer look at her style game. 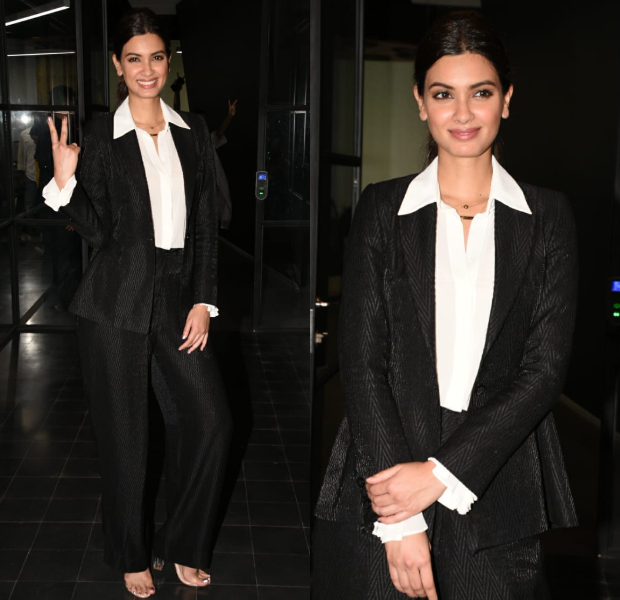 Diana suited up in monochrome - an Ashish n Soni pantsuit teamed with a shirt from Biljana Tipsarevic. Layered necklaces open toed sandals, a slick hairdo and subtle makeup rounded out her look. 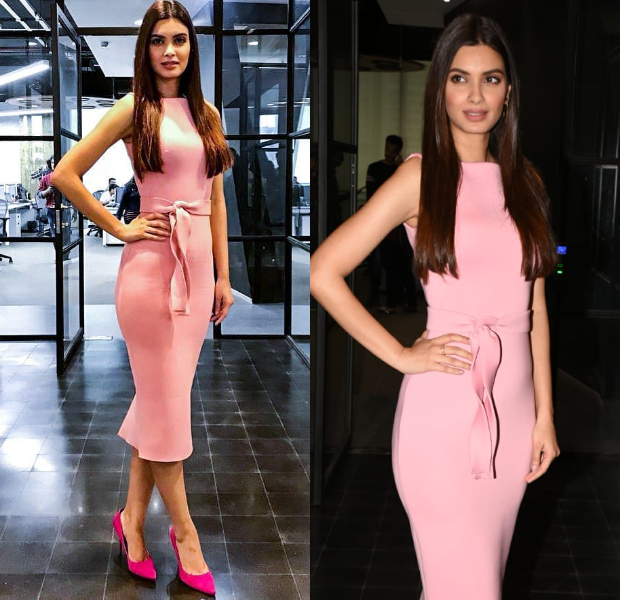 Diana wore a Gauri and Nainika sheath dress with a pair of hot pink pumps, sleek hair and subtle hair rounded out her look.

Also Read: The Reluctant Star, Diana Penty is one HOT mess in PINK on the cover of Grazia this month! 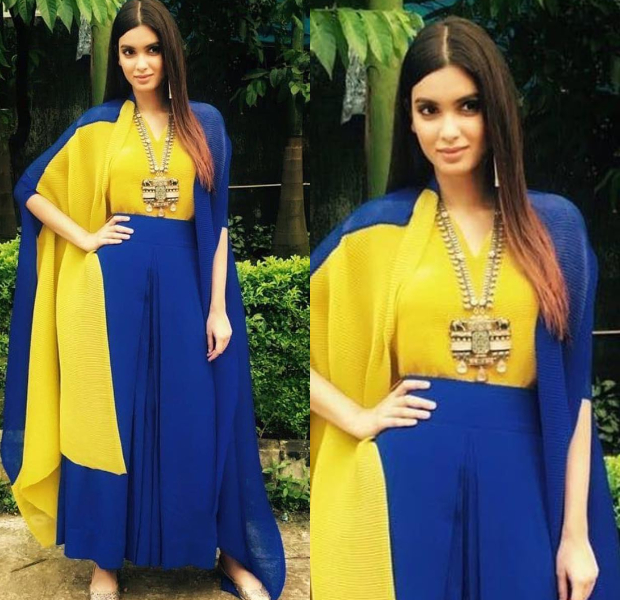 Diana chose a Payal Khandwala colourful separates. A necklace from Apala by Sumit and Needle Dust juttis with subtle make and sleek hair rounded out her style deal. 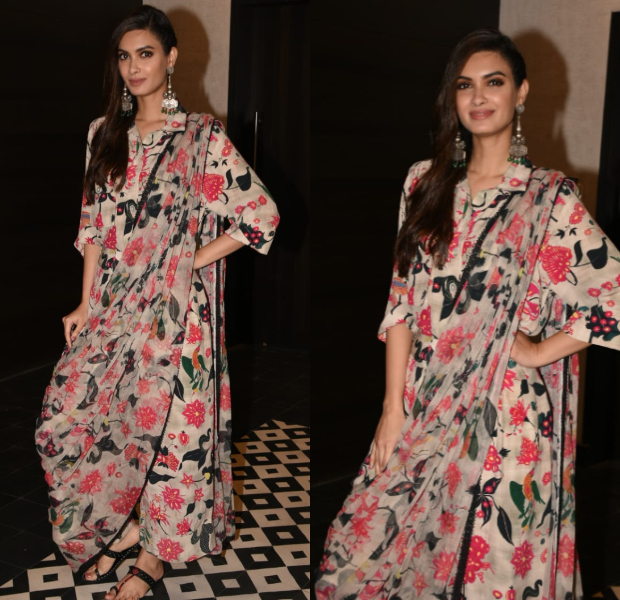 Diana went neo-ethnic in a quirky Abraham and Thakore creation. Chunky earrings, flats and non-fussy hair rounded out her look. 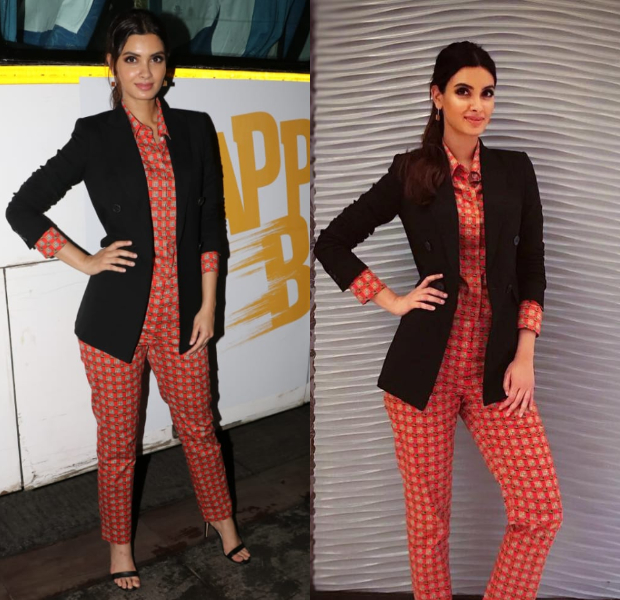 Diana chose a printed jumpsuit and blazer, both from Burberry teaming it with jewellery from Black Balloon. 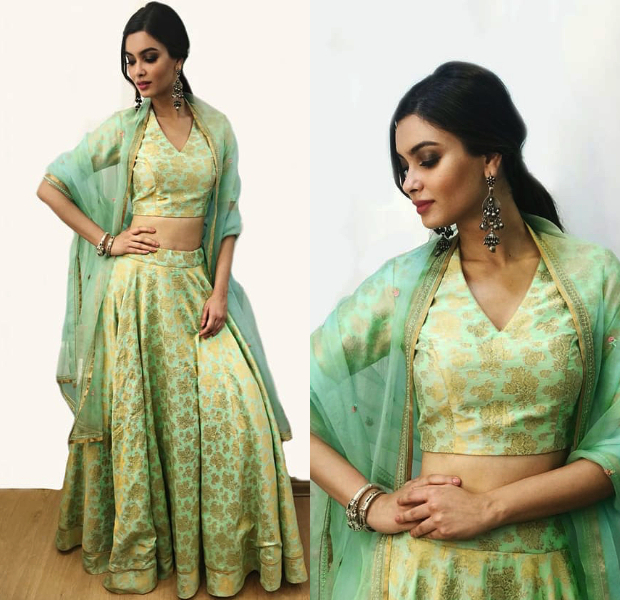 Diana went ethnic in a Raw Mango ensemble – a Vasanti lehenga and Bela blouse - filled with thousands of roses made through brocade from ‘Baag’ collection. Earrings and kadas, a messy hairdo and subtle makeup rounded out her look. 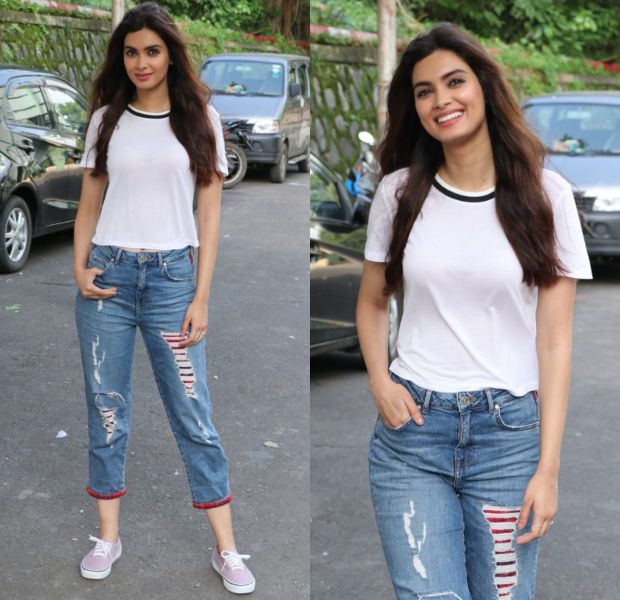 Also Read: Elegance is Attitude, Diana Penty makes for an alluring BRIDE in this photoshoot! 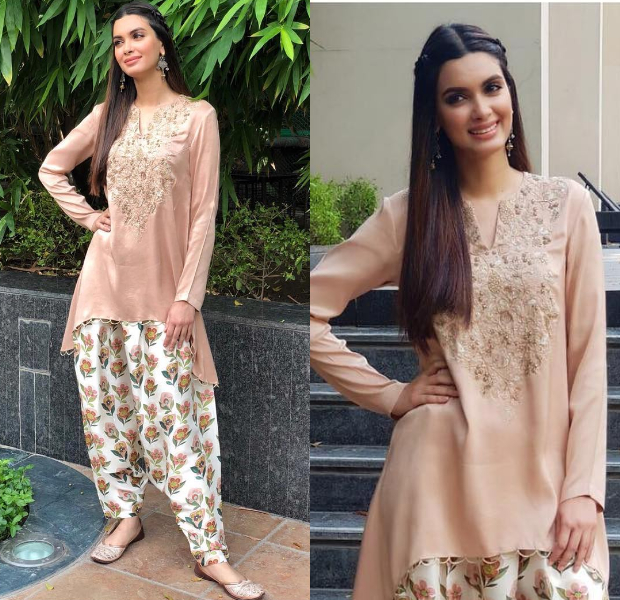 Diana went the ethnic way with a  Payal Singhal ensemble, topping off the look with a braided half-updo, earrings and juttis. 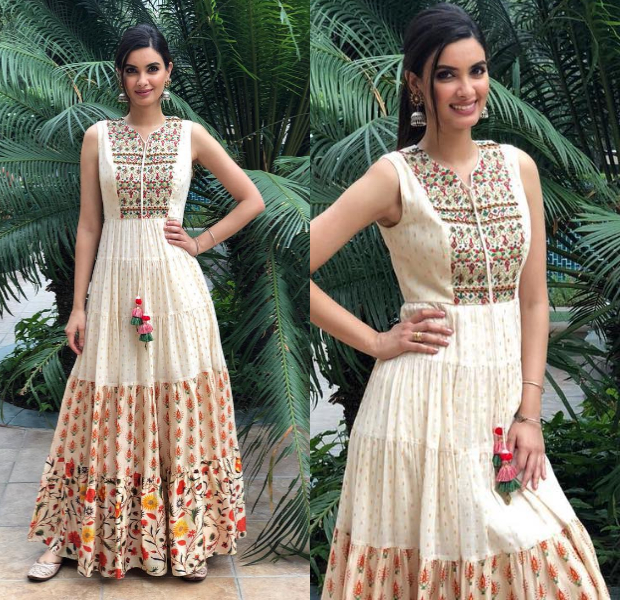